Focusing on the media: ‘Miss Representation’ 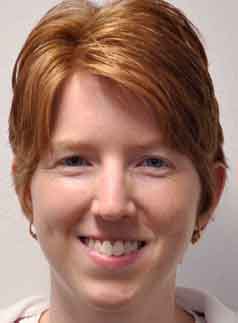 The goal this year was to teach students how to be critical consumers of the media.

The main event was the showing of “Miss Representation,’ a documentary that focuses on how women are represented in the media.  It features interviews with prominent women like Jane Fonda, Condoleezza Rice and Katie Couric.

Dr. Jill Mallin, a psychologist at UHCS, said “Miss Representation” helps people realize how much the media shows women as bodies and not as people.

“So much of what we do [at UHCS] is reminding everybody, especially women, that your bodies have a function, and you’re not just made to be looked at, and you’re not there for the pleasure of everybody else,” Mallin said. “Miss Representation” is another way to get that message out, she added.

UHCS graduate assistant Holli Zambrowicz said the film is associated with the Twitter tag #notbuyingit.  Twitter users can look for offensive or sexist media and tweet it with the hashtag to spread the word about the way media portrays women.

UHCS also had a presentation from Dietician Karen Woodland on Feb. 26.  Woodland told the truth behind some dieting fads and nutrition trends.

Mallin said the presentation was a way to teach students how to be critical consumers.

For several days last week, UHCS had body tracings of students displayed in the UC.  Zambrowicz said this was a good opportunity to see actual people’s height, weight and gender compared to an ideal model’s body.

The overall goal of Eating Disorder Awareness Week at UW-Whitewater was to “start the conversation,” Mallin said.

“People can realize it doesn’t have to be a hidden thing.  There’s no shame about asking for help,” she said.

Zambrowicz said everyone should acknowledge “starting the conversation,” because some people may have a problem, but they are not ready to admit it.

People may need someone to point it out or see something like Eating Disorders Awareness week to make them think about it, she added.

“Often times, I feel like we get so wrapped up in what we should be and what we ought to be but aren’t really paying attention to what’s best for us,” Zambrowicz said.

Mallin said the response this year was great, and she is looking forward to next year when she hopes to show how eating disorders affect men.

The take home message is that people shouldn’t have to think they are “bad enough” to seek help, Mallin said.

“Eating disorders are always almost about more than just the food,” she said.  “We’re going to do whatever we can to get people to start the conversation.”