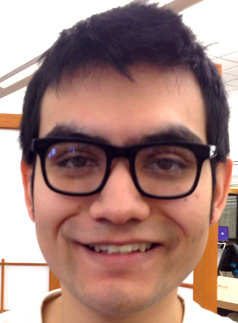 UW-Whitewater’s student organization Peace, Education, and Action through Creative Engagement will hold on their annual benefit concert, Rock for Peace, from 4 to 10 p.m. on March 7 in Jitters, located in Wells West. Rock for Peace is a free concert, although $2 donations are encouraged for two great causes.

There will be a great mix of activities and music at the event.

P.E.A.C.E. will have pizza and baked goods along with great company. They will have crafts, dancing and hula-hoop contests. In addition to those activities, minute-to-win-it games will take place when bands are changing sets.

“It’s a combination of our passions: philanthropy and music,” said Sam Newton, a member of P.E.A.C.E.

The first performances will be acoustic, followed by full bands from 5 to 7 p.m. and the last genre will be dubstep rave music. Most of the artists are students, but a couple of groups include nonstudents.

Newton said they have always had a good turn out due to the fact it is such a long event; they see around 100-150 people coming and going throughout the night.

“Every year, we choose two different beneficiaries to donate to,” Newton said.  “One local and one more broad, usually national or international.”

This year, P.E.A.C.E. chose education and its importance of accessibility to all communities.

This year, the donations will be split between the UW-Whitewater DREAM scholarship and the JumpStart Preschool Program.

P.E.A.C.E. has worked with DREAM scholars and colleagues and supported their mission in the past and found it to be a logical choice. Newton said they chose JumpStart Preschool Program because it is an awesome program that fits their focus.

The foundation of Dream Scholars and Colleagues helps raise the scholarship funds for students who are undocumented and brought to the states as minors usually from Latin American countries. Students from other countries are also eligible.

Miguel Aranda, who serves on the DSC executive board, said  students that went to high school have to pay double what residents pay, because they took out in-state tuition for them two years ago, even if the students have lived in Wisconsin their entire lives.

Aranda said they started with seven applicants, but they only have two now because of how expensive it is. Right now, the scholarship is temporary in order to assist them, but they are hoping for a long-term solution by having an immigration reform brought in.

“This society promotes education,” Aranda said. “How can we promote it if there are some people who just cannot obtain it?”

DSC wants to compensate for half of their tuition by providing this scholarship.

JumpStart Preschool Program believes every child deserves to succeed. Although, many children in low-income neighborhoods do not have that opportunity to receive the education they need to do so.

Since 1993, JumpStart has trained more than 28,000 community volunteers and college students to help revise the education, background and level of 50,000 children.

JumpStart builds strong relationships by providing a fun learning environment to young children through reaching goals and strengthening their education by promoting motivation.