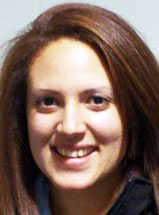 The Perry/Tomachek slate successfully appealed to the Whitewater Student Government WSG on March 10, after being disqualified from the election ballot on March 6, due to missing signatures.

Nathan Perry and Lucas Tomachek were two signatures short in the Drumlin district, and one signature short overall.

The pair needed 12 votes to overturn the disqualification and reinstate the slate to the ballot. The appeal was passed with 12 approvals, 6 disapprovals and 1 abstention.

Perry said that although he was “optimistic” going into the appeal, he was “prepared for the worst.”

Before the vote, Jon Fera, intergovernmental affairs director, said, “voting for this motion would be going against, basically, the validity of our standing rules and it will make it acceptable to do this in the future.”

Each signature must be from a current UW-Whitewater student and must include the date, complete address and phone number. Duplicate, or incomplete signatures are invalid.

One of the problems Perry/Tomachek had were duplicate and incomplete addresses, WSG Clerk Michael Heck said, whose responsibility it is to count the signatures.

“We will be the first to admit that we made a mistake,” Perry said in the Senate appeal meeting. “We should have checked through the list of our signatures for duplicates along with people who did not fulfill their information correctly. We should have also gotten a few more signatures to reach the threshold.”

Heck said slates typically will split up their signature sheets and divvy up their responsibility to get signatures, which sometimes results in duplicates.

In the senate appeal meeting Tomachek admitted they did in fact split up the sheets, and lack of communication and a busy schedule could have also contributed to the problem.

Heck said both slates turned everything in on time with all necessary sheets attached.

Perry said although they put “a lot of time and effort” into gathering signatures, they weren’t aware before the election committee meeting that they didn’t meet the requirement of signatures.

The rules state any slate seeking executive position must obtain 200 student signatures. Fifty of those signatures come from each individual district of Whitewater: Drumlin, Esker and At-Large (off-campus students), as well as an extra 50 to make up the 200 overall.

At the election committee meeting, Lucretia Limerick of student affairs, made a motion to disqualify the Perry/Tomachek slate, and Vice President Dylan Waldhuetter seconded it.

The motion to disqualify the slate from the ballot was passed after a unanimous vote.

Limerick and Waldhuetter said the motion to disqualify the slate was “only fair” because the lack of signatures was a clear violation of section 11.4 of the rules.

“For us to vote any other way would have been completely against our standing rules, so there wasn’t much of a decision to be made,” Waldhuetter said.

Limerick said even though there was some tension in the room, it went smoothly.

“I think [the situation] was dealt with very well,” Limerick said. “All of us acted appropriately towards the action, so I don’t think there was any hurt feelings or anything after the fact.”

Now that the disqualification was overturned, Perry and Tomachek are back in the running for WSG president and vice president.