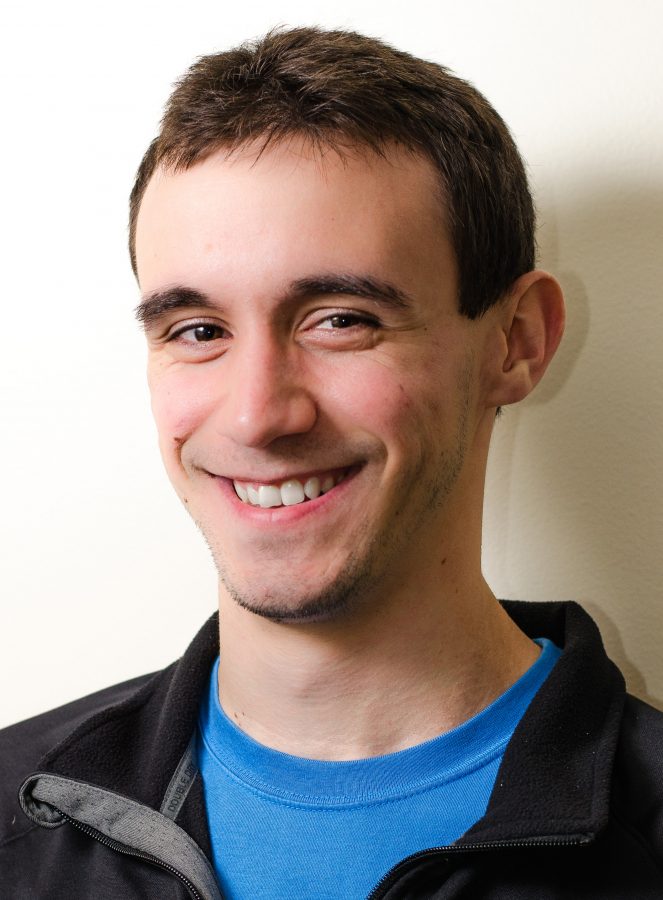 The Warhawks overcame their demon, DePauw University, in the Elite Eight game on March 15. Just a season ago, in the national championship, the Tigers got the best of the ’Hawks, 69-51, completing their 34-0 perfect season.

Fast forward nearly a year, and an 88-71 victory for the ’Hawks came on the Tigers’ home court nonetheless, giving them their third home loss in the previous eight seasons.

In the game, senior guard Mary Merg dominated play on the perimeter while the seniors in the post got things done in Kristen Ruchti and Amy Mandrell. Merg finished with 21 points, nine rebounds and six assists.

Mandrell ended the game with 10 points and seven rebounds in only 18 minutes of play. Ruchti, starting alongside Mandrell, finished with 24 points and nine rebounds of her own.

“We wanted to get post touches as much as we could,” head coach Keri Carollo said. “We wanted to get it in to Kristen and Amy and let them go to work. We felt like they couldn’t match up with us in the post.”

Ruchti made her first start of the season against DePauw due to sophomore guard Abbie Reeves getting injured early in the second half the night before against UW-Oshkosh. Carollo said Reeves is seeing a doctor and it will depend on how she feels as far as whether she’ll be able to play in the Final Four on March 21 and 22.

In the Final Four, set in Stevens Point, the Warhawks take on the Whitman Missionaries (30-1). Whitman, from Walla Walla, Wash. have had a home court advantage in the first four games of the NCAA Tournament.

With the Final Four being set in Stevens Point, UW-Whitewater will have the shortest trip to make of any of the four remaining teams.

The Missionaries made it to this point by defeating previously undefeated, No. 1-ranked Thomas More in the Elite Eight. Thomas More featured Sydney Moss, who is former NFL wide receiver Randy Moss’ daughter.

Sydney Moss transferred from the University of Florida this past year after being named to the SEC All-Freshman team in 2012-13.

Merg, who thought the team would have to play Thomas More if they were to advance past DePauw, thought nothing of the so-called upset that Whitman pulled off.

“To be honest, we’re ready for whomever,” Merg said. “We took down DePauw on DePauw’s court and we feel confident right now.”

Whitman, suffering only one loss this season losing to Whitworth by three points, revenged its loss in the second round of the NCAA Tournament when they defeated Whitworth 73-67. Before the loss to Whitworth during the regular season, the Missionaries sported D3hoops.com’s No. 1 ranking.

Whitman features three women that average double figures, with four averaging over six points per game. Junior guard Heather Johns leads the way averaging over 18 points and six rebounds per game. When it comes to post play, the Missionaries look nearly identical to the Warhawks.

Crashing the glass to match up with the ’Hawks’ 6-foot-2 Ruchti, is the Missionaries’ 6-foot-2 senior center Sarah Anderegg. Anderegg averages over 16 points and seven rebounds per contest.

Leading the way for the Missionaries when it comes to rebounding is 6-foot senior forward Meghan White, who averages over eight pounds and rebounds per game. For the Warhawks, a 6-foot senior center can be found in Mandrell.

With Mandrell battling White, while Ruchti is likely to match up with Anderegg, the game could come down to guard play.

If the pressure defense from Carollo’s team can get in the face of the Missionaries’ guards, and Ruchti and Mandrell can defend the post effectively, the ’Hawks are likely to see themselves in their second consecutive national championship game.

If the Warhawks face Tufts, they will be up against a defensive juggernaut. Tufts ranks second in scoring defense, only allowing 48.9 points per game. If the ’Hawks see FDU-Florham in the title game, it could turn into a shootout.

FDU-Florham ranks No. 10 in the country in scoring offense, averaging just over 80 points per contest. As long as the Warhawks play their game, pressuring defensively and utilizing their post players in Mandrell and Ruchti inside, good things are likely to come.

If the clock is running down at the end of a game in this Final Four and a magical opportunity approaches Merg to win it, history tells us she won’t be afraid of the moment.