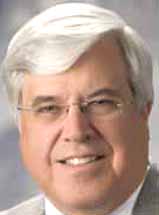 After weeks of feuding between Whitewater Common Council incumbent Lynn Binnie and candidate Paul Yvarra, the battle is over.

Binnie won the Aldermanic District 4 with 283 votes compared to Yvarra’s 111.

Tax increment finance (TIF) districts are tools for the government to attract private business. The TIF is used as a subsidy for redevelopment.

Yvarra later admitted in the article that he had made a mistake.

forum held by Whitewater Student Government and did not withhold their opinion on the Janesville Gazette article.

“Facts are very important to me, and that is why I spend a great deal of time before each meeting understanding the issues,” Binnie said. “For that reason, it has been especially disappointing to me, the number of inaccuracies in my opponent’s campaign literature.”

Binnie said besides the inaccuracies, Yvarra has made a number of misleading statements, and that could impact how Yvarra leads.

“I’m sure my opponent is sincere in his desire to serve the city, but frankly I do not believe he has a good grasp on the issues facing the district and the city,” Binnie said.

Yvarra, a former professor at UW-Whitewater, said he was shocked at what Binnie said and believes Binnie went to the extreme.

“Mr. Binnie got real personal,” Yvarra said. “He said I wasn’t accurate. What the paper said is correct.”

Yvarra said the reason there was confusion about who was being honest and who was lying, has to do with the two men’s definitions of the word “subsidy.”

“I question his judgement, his honesty and the statements he made,” Yvarra said. “The inaccuracy is from his part, not ours.”

Yvarra said he ran his campaign on the question, “Why in 30 years are the issues still the same in Whitewater?”

After his election loss, Yvarra will not be able to answer that question.

The forum continued without any further banter between Binnie and Yvaraa

In a question and answer session with the audience, Binnie was asked what students should be most concerned about. His answer was bad behavior from fellow students.

“Trying to put myself in your shoes, which is impossible, the thing I would be most concerned about is the bad behavior that a small segment of the student population creates,” Binnie said. “They do create issues and change the community’s perception of the student body.”

Binnie said he had a constituent who previously lived on Prairie Street, because it was close to his office on campus.

The nights became so bad for the constituent and his family that he had to move, Binnie said.

“When you get a large proportion of students in the neighborhood, you end up with issues that make it hard for single families to be attracted to an area,” Binnie said.

The other Aldermanic Districts were running uncontested.

Abbott lives in a large student district and received the smallest number of votes.

“I was sad that no one chose to run against me,” Abbott said. “I appreciate the vote of confidence, but I didn’t want people to assume I was wearing kid gloves.”