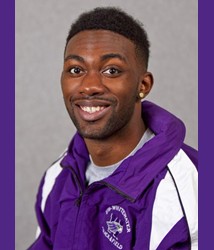 The UW-Whitewater men’s and women’s track and field teams posted strong performances at the Augustana Invitational in Rock Island, Ill. On Thursday, the women’s team finished second of 10 teams while the men’s team placed third of nine on Friday.

On the men’s side, Augustana finished in first with Carthage in second. For the women, Monmouth finished first.

Coming down the halfway point of the outdoor season, the Warhawks are among the top teams in the country. Nationally, the men are ranked No. 4, according to the latest Division-III poll, while the women are No. 8.

The Warhawks women dominated in many events, finishing with five first-place finishes.

Junior Shelby Mahr led the way, turning in a first-place finish along with two second-place finishes. In the hammer throw, Mahr recorded a distance of 172-10, the longest throw in the WIAC and sixth-longest in the country to capture first.

When asked about her team expectations for the Indoor Championships in two weeks, Mahr spoke with confidence.

“Many people are on the verge of personal records in their events,” Mahr said. “We’ve worked hard, and I think it’s all going to come together at conference for us at the right time.”

Junior Lexie Sondgeroth added to the ’Hawks success, placing first in the 100-meter dash with a time of 12.25.

Kahl’s time in the steeplechase ranks No. 1 on the WIAC honor roll.

Freshman Meredith Heller added a second-place finish for the ’Hawks in the 400-meter hurdles, crossing the line with a time of 1:05.65.

On the men’s side, Stephen Sousa and Corey Broussard led the way, each with a first-place finish.

Sousa totaled 6,528 points in the decathlon, ranking him first on the WIAC honor roll and fourth on the NCAA honor roll.

Broussard clocked in at 10.93 to edge out David Devore of Augustana by two one-hundredths of a second.

Although Broussard finished in first, he didn’t express complete satisfaction with the result. He says he expects better results going forward.

“Even though I won, overall I wasn’t too happy with my performance, but I just have to stay patient and wait for the times to come,” Broussard said.

Broussard also commented on his team’s performance in the coming weeks.

“I feel like we are in a good place as a team; we just have to go into the championship with no fear and no excuses and just leave it all on the track,” Broussard said.

Junior Mike Judd added to the Warhawks’ success in the 110-meter hurdles, crossing the line at 15.18. Freshman Bryce Davis was right behind him at 15.27.

Both Warhawks teams will compete again when they travel to Des Moines, Iowa, for the Drake Relays from April 24 to 26.