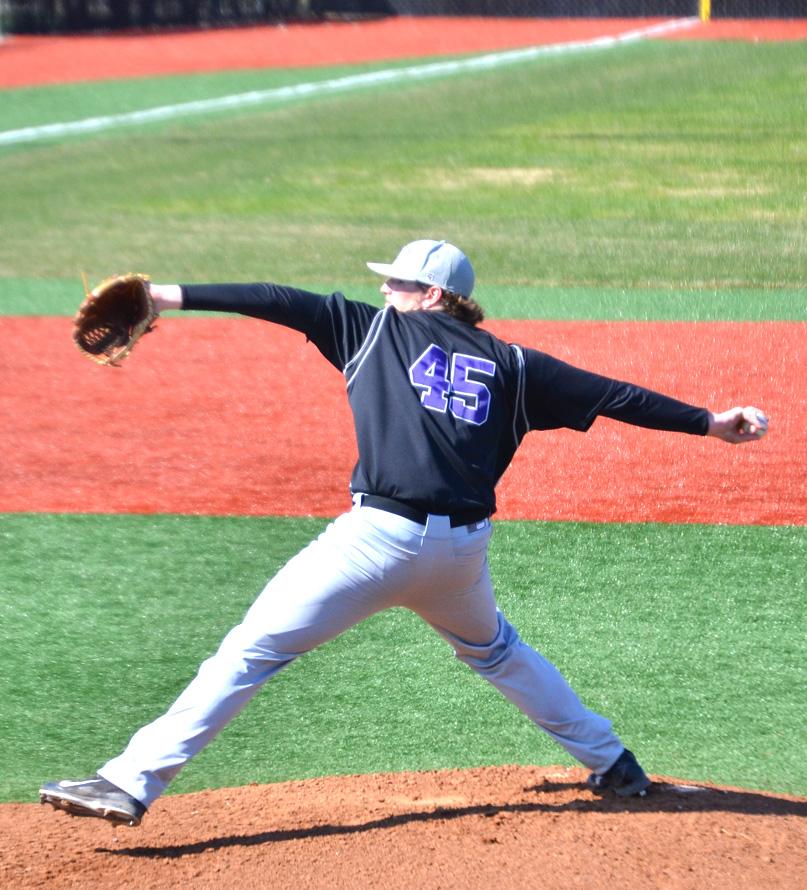 The ’Hawks are currently ranked No. 1 in conference with a record of 9-2 and advanced to the No. 4 rank in the nation by d3baseball.com.

“We’re going to play our game and if we play it the right way, we know we’re going to win,” senior pitcher Scott Plaza said.

The Pointers were the first to score in the top of the third inning in game one on Thursday. UW-W was quick to get on the board when junior Kyle Haen hit a two-run triple and later scored on a ground out by senior Jared Fon.

The ball game remained tied until the top of the fifth inning when UW-Stevens Point took advantage of a UW-W error. The ’Hawks came back in the seventh to score three unanswered runs, making the final score 7-4.

Junior Connor Hurst pitched his first complete game of the season, giving up three earned runs on eight hits, while striking out seven and walking none.

Game two of the day would be the true battle. It took the teams 13 innings to determine the winner. Last season when the team played the Pointers, the game lasted 19 innings.

The Pointers were the first to get on the board with a solo home run and added three more in the top of the fifth inning. The ’Hawks trailed 4-0 until the seventh inning.

“We just want to make sure that we’re playing our best baseball and if we do that, everything else will take care of itself,” Plaza said.

The ’Hawks did just that. Fon led off the eighth inning with a walk and advanced to second on a wild pitch. Senior Dylan Friend followed with a homer over the right field wall to bring the score to 4-2.

Junior Trey Cannon had an RBI single to add another run for the ‘Hawks, shortening the lead to one run.

With the score tied 4-4, freshman Steve Chamberlain pinch hit to lead off the inning.  Chamberlain tripled to right field and the game-winning run was 90 feet away.

“It was a situation where we were absolutely looking for someone who could hit with some power, and he’s been working hard to get the opportunity,” head coach John Vodenlich said.

On Friday, the ’Hawks fell to the Pointers in game one, 5-2. The team found its way back in game two with another win over Stevens Point, 5-3, to end the series.

The Pointers took the lead in the top of the sixth inning to make the score 3-2, but the lead didn’t last long.

Junior Mike Mierow led off with a triple and later scored off junior Nick Kuhlman’s single to tie the game. Junior Mikole Pierce had a ground out to advance one more run home to give the Warhawks the lead.

Friend singled in Kuhlman in the bottom of the eighth inning to give the team one more run, making the final score 5-3.

“I think this team is a confident team; I think they’re a very capable team, and we understood it was going to be a tough road to get there,” Vodenlich said. “By no means are we thinking that the job is done yet; we have a lot of baseball yet to play.”