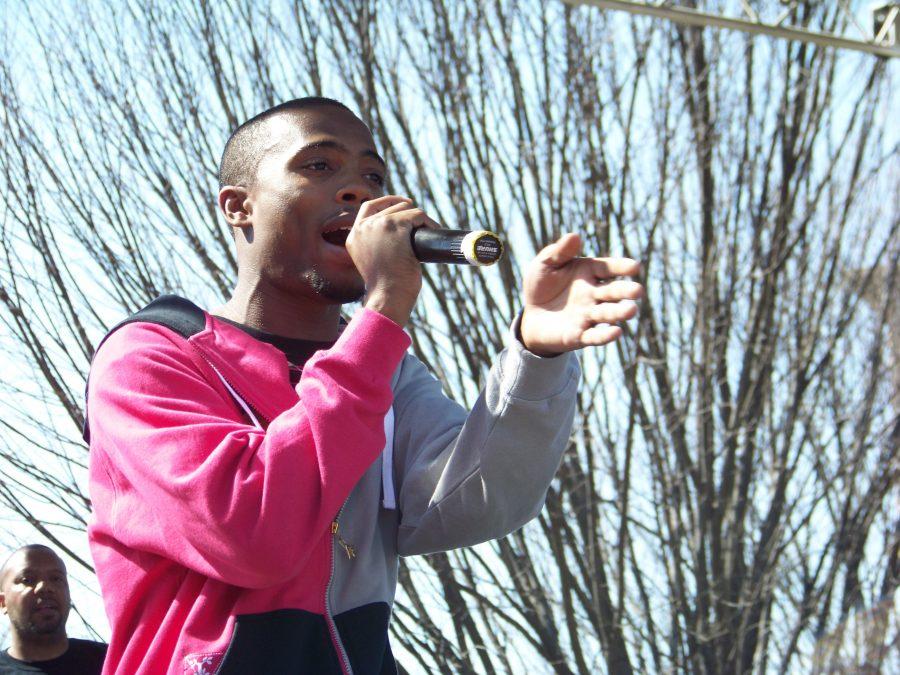 Hip Hop star Bobby Ray Simmons – widely known as B.o.B. – will perform at the Sept. 2 free concert for UW-Whitewater students.  The performance is confirmed by a source at Atlantic Records, B.o.B.’s record label.

Although the artist’s official website, does not mention the tour date, Atlantic Records tells the Royal Purple that the date is on B.o.B.’s calendar.

SEAL’s Facebook page, has been periodically providing students with an “artist countdown” with the most recent post on July 30 narrowing it down between B.o.B. or Neon Trees as the anticipated musical guest.

UW-W is expected to confirm the Royal Purple and officially announce B.o.B. as the performer Aug. 1 at noon via social media.

The Georgia-born singer-songwriter, famous for hit singles ‘Airplanes,’ ‘Nothin’ On You’ and ‘So Good,’ will take the stage in the Kachel Field House in front of 5,000 Warhawks.  500 of those will be standing room only tickets.

All freshman will receive tickets prior to the event, while all returning students will be allowed into the concert on a first come, first serve basis.

Only an idea a few years ago, the collaborative effort between Career & Leadership Development (CLD) and First Year Experience (FYE) allowed this event to become a reality.  FYE Director Beth John has been the driving force behind this free welcome concert and was responsible for funding and coordinating the concert. Meanwhile, Jan Bilgen and Melissa Grosso from CLD assisted with B.o.B.’s staff to bring him to campus.

The price ticket for B.o.B. to perform is in the range of $50k to $65k, according to Grosso. The total event is estimated in the $90k range, which also includes the ‘Warhawks At Night’ program in the University Center on Aug. 31.

It is estimated that student’s fees paid about 50% of the entire event.

“If we were to charge to students per ticket it felt as if we were double dipping,” Bilgen said.  “I think it is fair to say about 50% of funds raised were already allocated and the other 50% is from students.”

In an email to the Royal Purple, John provided all the groups that contributed to the event and expressed how all involved were pleased to start a new campus tradition.

The idea for a concert at Perkins Stadium has been around for years to allow every student into the concert. The problem with an outside concert is most notably the cost of rain insurance and rain location would have almost doubled the cost of the entire event Bilgen said.

“As it is the first year, we don’t know if is this something students will attend and enjoy,” Bilgen said. “One of the ways to be a good steward of student’s and university’s money is try the event in the Field House and see what kind of response students have. We want to make sure this a good thing for students.”

If the turnout on Sept. 2 is anything like the response rate of the CLD survey in the 2013 spring semester, which was one of highest response rates in CLD history, the ‘UW-W Welcome Back Concert’ might become another campus tradition.

The Royal Purple will provide updates detailing the specific financial aspects when they become available. Additionally, look for an exclusive interview with B.o.B. in our first issue of the fall semester.