Scatter the seeds of preservation 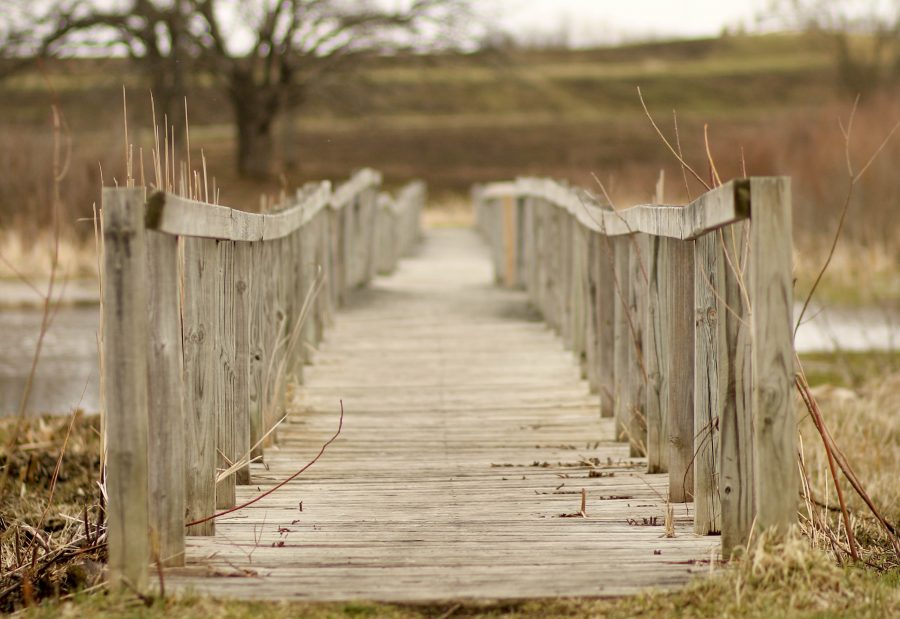 One would think 110 acres filled of green grasses, a flowing river and wooded and paved pathways wouldn’t go unnoticed on campus, but the UW-Whitewater Nature Preserve often is bypassed.

“It’s kind of a big open area that most people may drive by or walk by or even see from the residence halls and not really recognize the importance of it,” Sustainability Coordinator Wes Enterline said.

According to Reslife’s sustainability website Nature Preserve section, about 12,000 years ago, a glacier covered the northeast corner of UW-W and deposited two glacial drumlins with a valley and wetland dividing them. European settlers plowed the land for many years until the UW Board of Regents purchased it in the 1960s to provide space for planned residence housing. The expected student population didn’t materialize, and the land was put on sale but was not sold. An effort was made to protect the land as a natural green space in an urban area, and in 1970, Friar’s Woods was purchased. In 1980 began the collection of prairie seeds under the direction of biology professor Galen Smith. In 1982, boardwalks were constructed.

After some years non-native species took over the land, and the idea to restore the prairie to its natural state began. In 1998, the first volunteer days were hosted. In 2000, a ‘prairie reconstruction plan’ was submitted, and The Prairie Reconstruction Advisory Committee was formed. The prairie is continually being managed and maintained and will continue to require the help of volunteers.

Enterline took over the program three years ago and said he has had success with volunteers and the Preserve.

“Some of them [the plants] are really easy [to find] because they are everywhere, and some other ones are more like a treasure hunt,” Enterline said. “But all of it is pretty straightforward. I’ve worked with members from Beta Alpha Psi, Water Council, SAGE and just general volunteers, and this probably one of the easiest ways to do it.”

Enterline said volunteers are expected to collect seeds every September The materials are separated and bagged, and are then stored until November. Then the seeds are mixed together and poured into  five gallon
buckets. The volunteers are then sent out into the prairie to scatter the seeds. A machine will come in later and roll over the seeds to make sure they are thoroughly planted.

Collecting and planting is performed in the beginning of the fall semester, and not much happens again until spring.

The Nature Preserve has recently been looking a little black due to a recent prairie burn. It is inevitable that plants of all sorts, even ones that were not planned, will grow in the open land. Included in these plants is an unwanted invasive species: white sweet clover. To rid the prairie of the plant, and to avoid it taking over the land, a controlled burn is performed.

Kevin Marks, residence life sustainability coordinator, has been volunteering his time at the Nature Preserve for two years, and often coordinates with Enterline in sustainability initiatives.

Marks said through his volunteering he learned just how expensive seeds are and the importance of native plants.

“We are collecting a few thousand dollars’ worth of seed every year.  I also learned a lot, through the teachings of Wes Enterline, about the natural landscape and prairie plants of Wisconsin.  It is good to see that we are trying to restore that entire preserve back to a
natural Wisconsin oak savanna.”

Prairie plants from the Nature Preserve also can be found around campus in different landscapes including the fountain in between Hyland Hall and the University Center.

Marks said he wished more students used the natural resource they have at their fingertips.

“I really do not think students utilize the preserve as much as they should,” Marks said. “Sure, there are several classes in the Letters & Sciences that use the area as a living laboratory, but there are several other students that do not even know that it is there.”