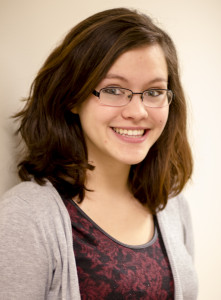 They’re small, they’re plastic, they clog our teeth and local water systems, and they exist in hundreds of commonly sold beauty and health products. Microbeads are everywhere but hopefully soon, they won’t be.

Microbeads are synthetic pieces of plastic that are used most commonly in face washes and toothpaste. These tiny particles are used so often because they work well as a scrubbing agent.

Microbeads are non-biodegradable, meaning they do not break down naturally. They remain in water systems and the negative effect on natural life is immeasurable.

Gov. Scott Walker signed a bill in July banning the sale and production of microbeads; however, the bill does not go into effect until 2019.

Many states have yet to formally recognize the negative impact microbeads have on health and the environment. Wisconsin was recently added to the short list of states that hold bans including Illinois, Maine, New Jersey, Colorado, Indiana and Maryland.

Like Wisconsin, many of these states have policies that do not go into effect for several years.

I was inspired to stop using products that contain microbeads after my last trip to the dentist, admittedly too long ago. My dentist gasped at me and I knew I was in for a serious lecture about not flossing.

He told me that my gums were started to get clogged with pieces of plastic.

Changing my toothpaste and flossing more consistently helped solve the issue, but the thought of pieces of plastic clogging my already fragile gums shocked me enough to do my research and avoid the product at all costs.

Microbeads are incredibly detrimental to the environment. The beads absorb chemicals that pollute water systems. Fish eat the beads and since they are unable to digest the plastic, the fish die due to issues surrounding indigestion and infections, according to beatthemicrobead.org.

This issue has become local. The Great Lakes already  are affected by the contamination of microbeads.

Research suggests that microbeads make up 20 percent of the plastic found in the Great Lakes. Of the lakes, Lake Michigan is hit the hardest. The little beads are too small to be caught by filtration systems and slip easily into the lakes and rivers leading to them.

So what can we do?

Many beauty products have alternatives, and they are relative in cost. I stopped using toothpaste that had microbeads and switched to a different product at little to no extra cost.

The plastic bits have no real health benefit, they are just used for the color appeal and for its exfoliating abilities.

I originally used face wash with microbeads because I thought it would make a difference in my acne, but the same result can be found with healthy alternatives.

Some companies are getting the hint and advertising that their products are transitioning to  be microbeads free. An inexpensive and quick switch to a natural, plastic free product can help reduce your impact on the environment.