‘UW-W Pick it Up!’ cleans campus 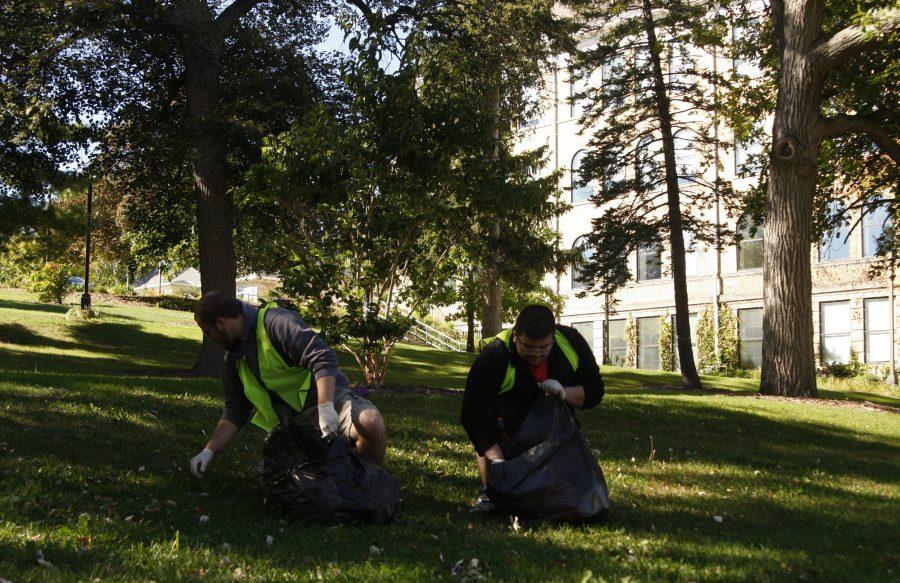 On Oct. 2, volunteers from UW-Whitewater went about cleaning trash and litter on the streets and in parking lots in order to make the campus and town a better environment. This event, called “UW-W Pick It Up!,” lasted from 1-4 p.m.

This event closely resembles an event from past years, Adopt-A-Lot.

“Typically in the fall or in the spring WSG would put on Adopt-A-Lot, where they would have students who would go out for community service and pick up the parking lots around campus,” Student Affairs Director Kane Poad said.

UW-W Pick It Up! could be described as an evolved form of Adopt-A-Lot, absorbing it and expanding the list to city streets.

The inspiration to expand Adopt-A-Lot came from concern expressed by various students over the amount of trash, such as beer cans and cigarette cartons, near the local elementary school.

“It’s so close to campus. We thought it would be a great way to outreach to the community as well by doing a campus and community clean up,” Sustainability Director Tessa Benedon said.

The goal was not to get rid of Adopt-A-Lot, but to target city streets as well as the campus.

“It was basically campus and community coming together for something really good,” Benedon said.

The event came just in time for Family Fest, a time for Whitewater’s students and staff to invite loved ones on campus and to bond in the area.

“Some of the streets and areas were getting a little too much trash… and we didn’t want that kind of image for Family Fest,” Poad said. “We knew there was going to be a lot of parents and we wanted them to see that our campus cared about the community.”

During the event, students were sent out to various parking lots to begin cleaning up. Many areas were hit, including the parking lot by Wells, Perkin’s Stadium, Heide Hall and the Center of the Arts. From there, they branched out into streets, including Tratt Street., Wallace Street. and Prince Street.

Benedon and Poad agree the event was successful. The group covered all target areas and had between 30 to 40 volunteers.

“It was a great way to help build relationships between students and the community. Even though we are students, we are still community members too,” Benedon said. “I think this event was a really good way to set a good example.”

Poad hopes this event will be recurring. While the clean-up may not fall on Family Fest every fall, the event will still hopefully bring along the new addition of city streets.

Students will be able to volunteer to help clean Whitewater and combat litter this next semester, as well as receive community service hours.

“We did have a lot of really good help and we really appreciate who came out and helped,” Poad said.