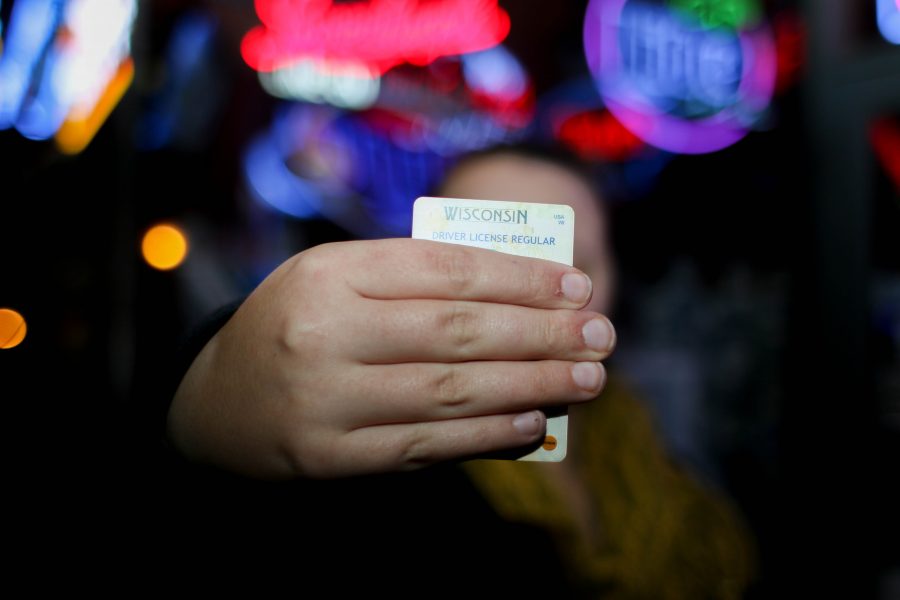 While fake IDs for underage students come from all states, Wisconsin being pictured above, local bars have seen an uptick in Ohio fake IDs frequently being used. Using fake IDs cause bars to spend more money on security, Pumpers and Mitchell’s owner Curt Patrick said.

Curt Patrick, general manager of Pumpers and Mitchell’s, has witnessed his fair share of antics serving bar patrons over the years. However, the latest incidences at local bars have him and other area bartenders and security employees becoming more cautious about fake ID usage.

In the nine years he’s been in Whitewater at Pumpers and Mitchell’s, he’s “never seen anything like this,” he said.

Over the past two weeks, local bars have witnessed an unusually large quantity of fake IDs being presented at the doors of Whitewater’s downtown establishments. The IDs are described as being intended to replicate Ohio driver’s licenses.

Security at Pumpers and Mitchell’s confiscated approximately 20 fake IDs in just the past two weeks, including six on the night of Homecoming, Oct. 31, Patrick said. Three individuals were also arrested as a result of the ID discrepancy.

“It’s just comical,” Patrick said. “The people responsible are going to get caught and ruin their lives.”

Chuck Bigelow, who works security at Pumpers and Mitchell’s, has personally confiscated countless fake IDs, including numerous Ohio IDs in the recent weeks.

Whitewater bars have been notified of this issue, and are taking the necessary steps to remove these false IDs from circulation. Ultimately, the message being conveyed is the issue is being addressed and that these IDs will not help minors gain admittance into local drinking establishments.

“I was underage once too,” Patrick said. “I have no issue with them trying to come into the bar underage because they’re not going to get in.”

For underage students, a lot of time and trouble can be avoided by steering clear of the situation all together. Not only do those underage students save themselves from losing out on money among other things, but they also are helping out the local bars in a number of ways.

“It would save us a lot of money, being that we pay our security staff for confiscating the IDs,” Patrick said.