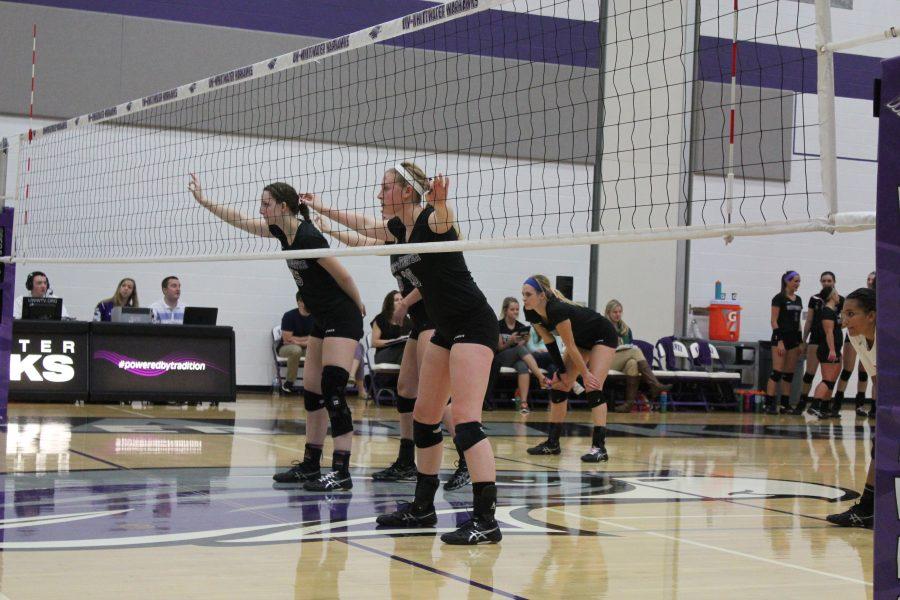 The 11th-ranked UW-Whitewater volleyball team (31-4 overall) won its 15th Wisconsin Intercollegiate Athletic Conference championship on Saturday, defeating the UW-Stevens Point Pointers in the final match by a score of 25-17, 26-24, 25-19.

The conference tournament began with a victory over UW-Stout in the opening round, followed by a rematch with UW-La Crosse in the semifinal round. LaCrosse was responsible for the ‘Hawks last loss, sweeping them in La Crosse on Oct. 28.

“We immediately took it as a lesson and moved on to the next game,” sophomore right side hitter Sydney Racky said. “We used it more to fuel our fire. We knew that the game after that since, it was at home and we’d also have the fans…that was just a fluke, that wasn’t us.”

The team was able to avenge its loss, defeating La Crosse in four sets and advancing to the final round of the tournament with a chance to take home the title.

“Every game you have to look at it as what can we do to get better,” junior hitter Lauren Pfiefer said. “There’s going to be mistakes things are going to happen, you just have to make sure that you learn from thoswe mistakes and get better the next time.”

The Warhawks played Stevens Point in the championship on Saturday, taking the first set by a score of 25-17. The Pointers roared back in the second set, jumping out to an early lead of 7-1. The ‘Hawks fought back and were able to win the set by a narrow margin, 26-24. The Warhawks finished the match with a 25-19 victory in the final set.

“We’ve got great players, and they are all playing for each other,” head coach Stacy Boudreau said. “The team chemistry is just so strong this year and I think that that’s a huge reason of why we are winning right now.”

Boudreau wasn’t the only one to reference team chemistry as a factor in the team’s success, as several of the players echoed her sentiments.

“We each have our own role on the court,” Pfeifer said. “I really have to rely on my teammates and trust them that they are going to do what they have to first before I can do what I do…Volleyball is a really big trust game, you have to have really great team chemistry in order to make it work, and this year I think it’s the best we have had in a long time.”

Pfeifer also said the team’s chemistry is built both on and off the court, adding that she and her teammates are constantly looking out for one another.

“I think the strength of this team is, we all have really short memories and we can really laugh at ourselves,” Racky said. “I think that how comfortable we are [with each other] and how trusting we are really helps for good chemistry and a lot of our success on the court.”

In addition to team chemistry, Racky points to mental focus as another key to the team’s success. It is an invaluable asset for a sport that Boudreau describes as “a very big momentum sport”.

With the conference championship, they have secured a spot in the NCAA Division III Tournament. This is the 24th consecutive year they will compete in the tournament, which is a testament to the program’s tradition of success.

“Being successful, that means you’ve taken care of things throughout your season,” Boudreau said. “It also means…every team is going to come out gunning for you and giving you their best…I think that helps focus us in practice every day and making sure that we continue to go out and give teams our best.”

The Warhawks will host the Upper Midwest Athletic Conference champions, the University of Northwestern (Minnesota) in the first round of the tournament on Nov. 12 at Kris Russel Volleyball Arena.