As you read through the story about last week’s Action Forum, you might not take notice of the fact that we had photos of the event.

We weren’t supposed to. 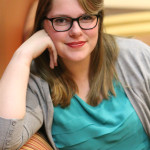 The media was told that we couldn’t take photographs or video of the event because the UW-Whitewater Campus Climate Working Group decided to not allow any visual journalism inside the event.

But journalism students have a funny way of getting around barriers.

The day of the event, the administration gave us no substantial advance warning of their actions, as they tried to partially censor student journalists covering a public meeting.

It wasn’t full censorship; we were allowed to take audio recordings of the forum and take photos and video footage in a marked-off area 10 feet from the open doors.

The reasoning: it allowed students to speak freely without “fear” of cameras.

Student journalists also had to sit in the back of the University Center Hamilton Room and could not walk through the tables of attendees – another method of “protection” in a public setting.

With the media coverage of the facial mask-blackface controversy, I can understand why administration felt the need to censor journalists. The first result when you Googled UW-W at the time was the Snapchat photo of the two students. From a PR standpoint, it didn’t look great.

So I complied because it was more important to get the story and pick my battles over not covering it at all. That doesn’t mean I agree with the policy (neither does a media lawyer from the Godfrey and Kahn firm, by the way. The decision was a tad bit on the illegal side – it’s almost like UW-W was baiting the Student Press Law Center).

My biggest issue with being partially censored is the fact that the Action Forum was advertised as an event open for anyone to access, and the university legally has no duty to protect students who agree to speak in a public space.

It was a denial of my right as a student journalist. Freedom of the press still exists, last time I checked. It wouldn’t have been a violation if UW-W had advertised the event as a closed session, but then it wouldn’t have been open to the public. There’s a distinct disconnect between the two ideas.

You can’t pick and choose who gets to be at your public events.

Now, for the irony: we were allowed to photograph the Pizza with the Chancellor, two weeks ago, when there was no agenda and nobody was expecting controversy.

Now, as emotions flare and people who are rarely heard are telling their stories, we receive stricter limitations.

They wanted students to feel it was a place they could speak freely and thought cameras would prevent it from happening.

If anything, what would have prevented students from talking would have been the 400+ crowd of people there, not a camera.

When interviewing attendees in my deemed “media-safe box” following the event, not a single student who’d been at the forum start-to-finish said no to me. They were eager to share their stories and their opinions.

It’s why they showed up in the first place.

Let’s not forget this story’s double standard as well. Multiple times I’d look up from scribbling notes to see students with their phones held high, recording and photographing speakers, posting them to Snapchat.

Didn’t Snapchat get the university in hot water in the first place?

Those in attendance were never told they couldn’t record the happenings of the event, despite many of them having access to smartphones. Where is the fear of the smartphone camera? There isn’t, because it isn’t as likely to go to print or hit the airwaves.

What everyone – journalist or not – needs from the Working Group and UW-W is openness and transparency.

UW-W: if the message you’re trying to put out to the world, not confined by the borders of Main Street and Perkins Stadium, is that you’re open to student experiences, let us help you spread that message. Closing us out does the exact opposite.

Campus Climate Working Group: student journalists are not your enemy. Please don’t be one for us.