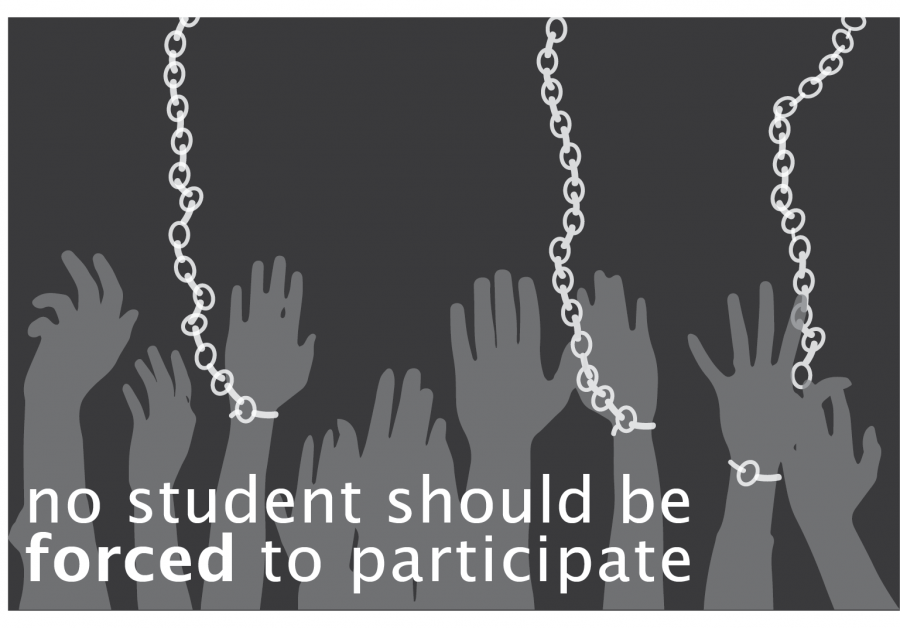 Everyone has been there. There is always one professor each semester that has a mandatory
participation policy.

When participation factors into a student’s final grade, there is a feeling of pressure to contribute something useful to the conversation. What if the student has nothing to contribute?

This dilemma has come up again and again. Students have no choice but to do what they are asked to do.

Many students face anxiety when pressured to speak in front of a class. Students may find it difficult to contribute positively to a conversation, which pushes them further into isolation.

There is no doubt that professors have their reasons for having a mandatory participation policy, but does that make it right? No, it does not.

Is mandatory participation one of the causes of anxiety? Possibly. Regardless, it will hurt a student with anxiety rather than help.

Even if a student does not have an issue with anxiety, but prefers to listen more than contribute, that should be accepted. Sometimes a student might face other dangers as well.

If a student has an unpopular opinion about a hot topic, should that student be forced to participate if there is a chance that it can lead to them feeling uncomfortable?

Student Participation in the College Classroom: An Extended Multidisciplinary Literature Review says, “Bowers (1986) found that around 70% of students overall reported feeling classroom apprehension at least occasionally, and around 30% of students reported feeling it more than once per week. Of those students who feel classroom apprehension, around 60% will not participate because of the apprehension, but around 33% still participate, which may be explained in part by the finding that if students believe their ideas to be important and worthwhile, or if they are interested in the topic and knowledgeable about it, they are more likely to contribute to
class discussions.”

A mandatory participation policy puts a lot of pressure on the student’s knowledge of the topic at hand. In some cases, a student might not have an interest in the topic and therefore is less knowledgeable about it.

Likewise, if a student is knowledgeable about a topic, but is not allowed to participate because someone else is being forced to, that is potentially taking away from another student’s contribution.

The mandatory participation policy is not only detrimental to those who have anxiety or a fear of participating, but it also hinders those who like to participate. We are disenfranchising students when we force them to do something they know they cannot do.

Not every student is the same and it is time we stop acting like
they are.