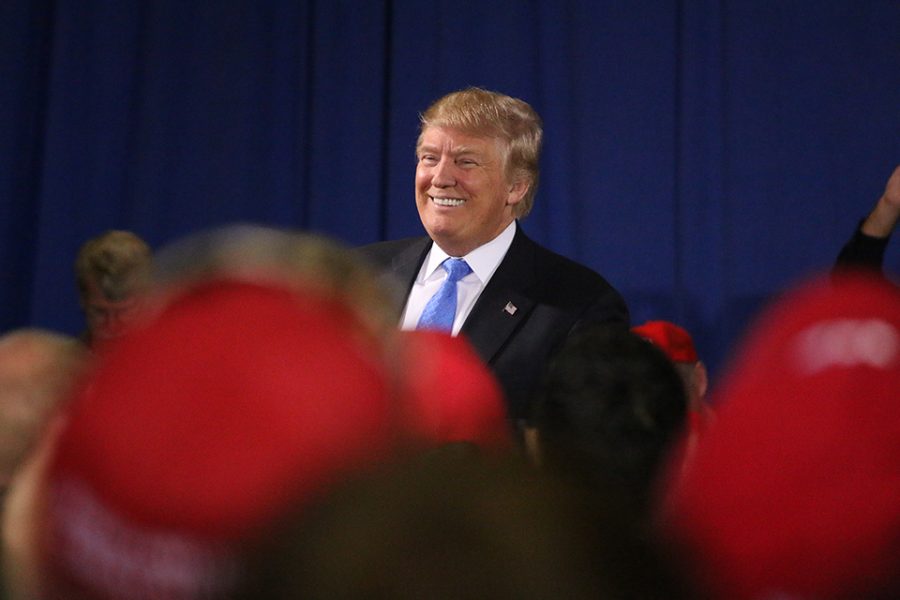 The 30th state in the United States was the late-night deciding factor for the nation’s 45th president.

Wisconsin was the final push needed for the first step of now-President Elect Donald Trump’s mission to “Make America Great Again,” winning 276 of the electoral vote in a stunning blow to Democratic nominee Hillary Clinton’s campaign.

Clinton called Trump to concede the election shortly after the announcement of Trump winning Wisconsin.

In the historic night, Wisconsin voted Republican for the first time since 1984, losing its purple state status.

Trump pledged himself the people of America in his victory speech in order to unite together and rebuild the nation.

“We are going to dream of things for our country again, beautiful and successful things,” Trump said.

While Hillary Clinton was expected to do better in Midwestern states, the race was tight leaving a margin of a few percentages between each candidate.

An interactive map of Wisconsin on Channel 3000’s website illustrated the voting outcomes of each county.

The map showed both Jefferson and Walworth having over 50 percent support for Trump while Dane County’s majorities went to Clinton.

Despite the overall support from Jefferson and Walworth, students at UW-Whitewater had mixed opinions.

Sophomore, Luke Eiden, was the first of an estimated 26 hundred plus voters through the polls of the University Center’s Hamilton Room at 7 a.m. He described his decision to vote as not taking the lesser of the two evils, but of supporting someone who is for the people.

Some voters also had their attention focused on the Third Party candidate, Gary Johnson, who did not win over any states.

However, despite voter outcome, his stint in the election drew greater attention to the Libertarian party than in previous elections.

“I think that his is one of those elections that gave a bigger voice to third parties and whether we have a viable third party someday or not I think that this election opened the door for people like Gary Johnson and Jill Stein to be able to be on the ballot and to be able to have a voice,” freshmen Louisa Fredriksson said.

Trump announced his candidacy for the presidency on June 16, 2015 – with a quick following of supporters and criticisms. Trump battled against 16 other career Republican politicians throughout the primaries, securing the nomination. Despite backlash from inappropriate comments and actions, his message resonated with enough supporters to secure the Republican nomination in early July.