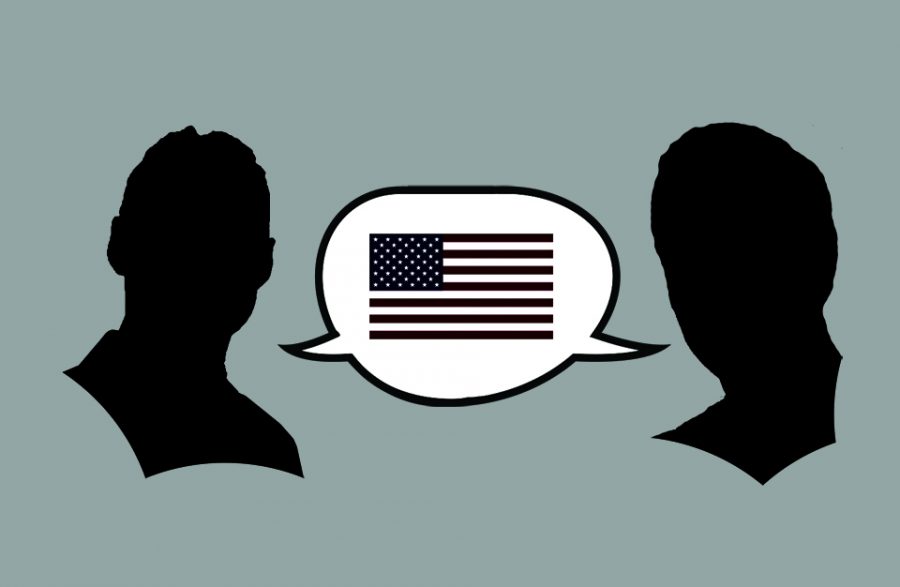 In Arizona, two Republicans, Rep. Bob Thorpe (R-6 District) and Rep. Mark Finchem (R-11 District), have proposed a bill that, if passed, would limit free speech on college campuses across their state. This proposal would spell trouble for many state universities across the country.

The National Review, an online publication, says “‘HB 2120, introduced by state representatives Bob Thorpe and Mark Finchem this year, would ban courses that ‘promote division, resentment, or social justice toward a race, gender, religion, political affiliation, social class or other class of people’ or ‘the overthrow of the United States government,’ that ‘are designed primarily for pupils of a particular ethnic group,’ that ‘advocate solidarity or isolation based on ethnicity, race, religion, gender or social class instead of the treatment of pupils as individuals,’ ‘violate state or federal civil rights laws’ or ‘negatively target specific nationalities
or countries.’”

This would essentially ban all social justice speech in classrooms and student organizations.

On our campus alone, if it were to be proposed in Wisconsin, it would have more than 200 student organizations silenced and dozens of sociology, women’s studies, political science and countless other classes would be terminated or severely restricted.

In the Republican Party platform, it is stated that the Republican Party “…opposes any restrictions or conditions that would discourage citizens from participating in the public square or limit their ability to promote their ideas…” However, it seems that Rep. Thorpe and Rep. Finchem do not hold that same belief if they are in the process of limiting other people’s freedom of speech.

Rep. Thorpe explained to the Review that “the bill is in response to a ‘privilege walk’ at the University of Arizona and a ‘Whiteness and Race Theory’ class at Arizona State University.” He goes on to call the bill an “anti-discrimination bill” that is designed to “protect taxpayers from having to fund classes that teach resentment
between individuals.”

The bill is meant to silence voices that should be heard and understood. The first amendment is meant to protect all citizens from being persecuted because they wish to express themselves.

The First Amendment does not discriminate, it does not pick sides, it is not meant to be used as leverage or as a token to obtain some sort of social prosperity. It is used to promote individual ideas that include, but are not limited to, talk about race, discrimination, religion, ethnic origin, sexual orientation, gender identity, age, weight, cats, dogs, environmental justice, reproductive rights, football, baseball, newsworthy events, technology, business and the list goes on.

The First Amendment is meant to protect everyone and taking away that right in any form is unconstitutional. There should never be a reason to silence other individuals to push a political agenda. The left and the right are in a constant battle over who should be able to say what, when in the end everyone is still awarded the right to say what they want (within constitutional limits,
of course).

This fight is not just about one state on the other side of the country. This fight could very well find itself in Wisconsin in the future.

As students, there is no better place to fight this battle than on college campuses. Reach out to your local government officials and demand that silencing student voices is a violation of the First Amendment and that there is a real threat heading to
this state.

The only way this can be stopped is if there are voices that refuse to be silenced. There is no better time than today to start fighting to make sure every voice is heard.