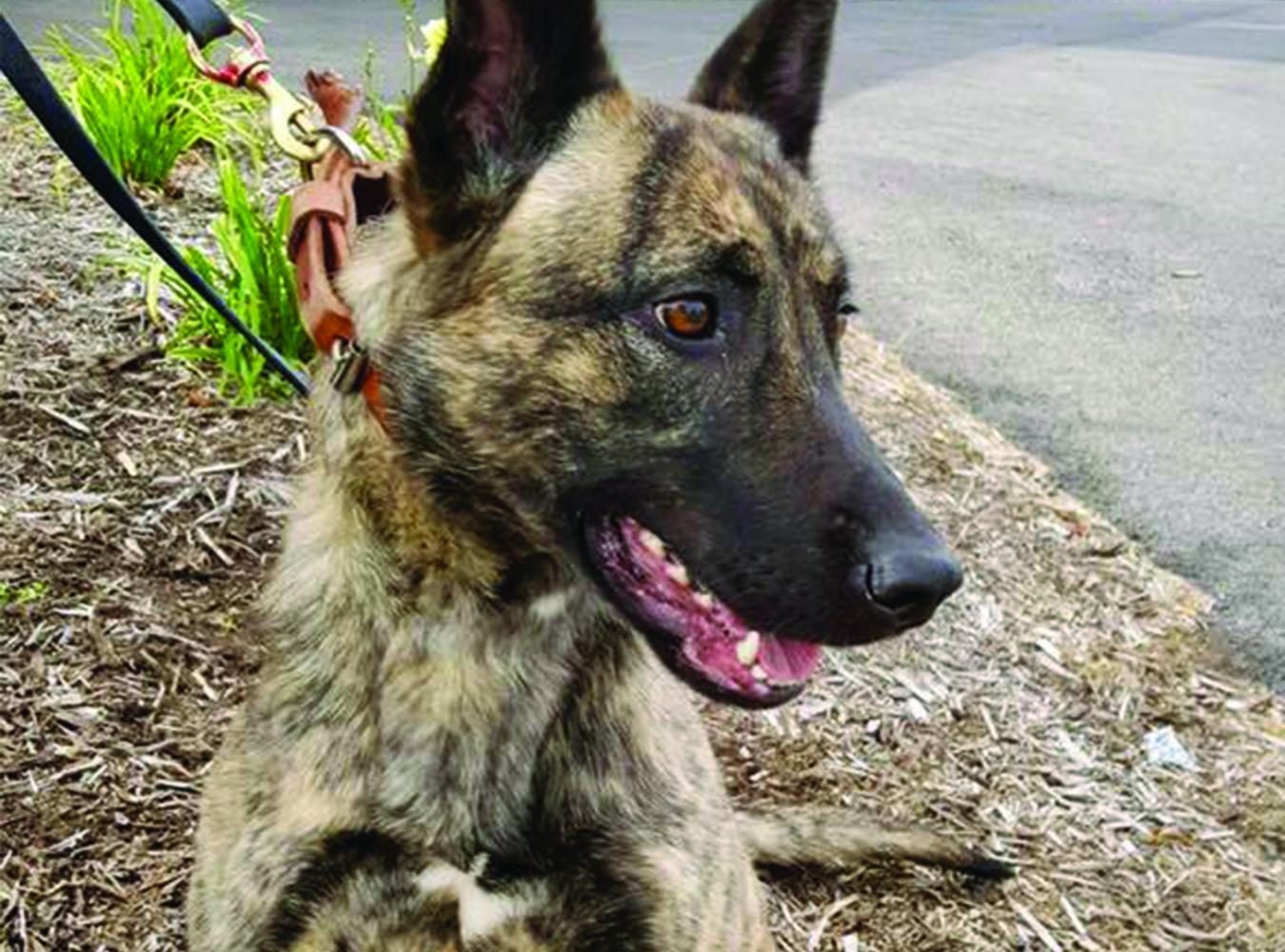 Hawk, the University of Wisconsin – Whitewater Police Services Department K9, brought to campus in February 2017, was placed in the doghouse due to struggles in passing his certification tests.

He’s since been fired, and has since retired to an eight-acre farm in the Whitewater countryside.

University Police Services Chief Matt Kiederlen said they took a risk on Hawk, and it just didn’t work out.

“When we got Hawk, we knew were taking a risk because he was not completely certified,” Kiederlen said. “We got him with the idea of training him the rest of the way, but unfortunately he just couldn’t do it.”

Hawk was evaluated by three different police dog trainers, and was determined he didn’t have a high enough hunt drive to serve as an effective K9 officer.

“The gamble we took on Hawk just didn’t pay off,” Kiederlen said.

Campus K9 officer Kelsey Servi struggled with having to remove Hawk from the unit.

“I was attached to Hawk; he is a fabulous dog,” Servi said. “It was very sad for me, but I’ve learned that not all dogs are created equally, and they’re not all made to be on a police force, just like people.”

The campus K9 unit did receive some consolation with the firing, as the department is in the process of bringing in Hawk’s replacement from Shallow Creek Dog Kennels in Pennsylvania.

Truus, a one-year-old Dutch Shepherd, will take the department’s barking orders as the campus K9.

“We’re going to get a good, long career out of her, and we can’t wait for that career to start,” Servi said.

Servi added that the process is “risk free.”

“I have high expectations for Truus,” Servi said. “We’re going to a different kennel that trains police dogs to a national standard. When we leave training, I will know for a fact that my dog has what it takes.”

The program will begin Oct. 2 and will last six weeks, instead of the two-week program Hawk attended . Truus will be brought to campus in November.

Officer Servi and Truus will also assist the University of Wisconsin-Madison campus when available in what Kiederlen calls a “partnership made in heaven.”

They will also be tasked with sweeping large events for bomb threats. UW-Whitewater has the largest commencement ceremony of any division three school in the nation, a situation in which a K9 unit is effective, Kiederlen said.

Servi is ready to get to work with her new partner.

“It’s a huge asset for our campus to have,” Servi said. “We’re going to provide the community and campus with that extra tool of a bomb dog. People like dogs, and this could be a good way for us to break down barriers between the officers and the community. Truus and I are here to serve you.”