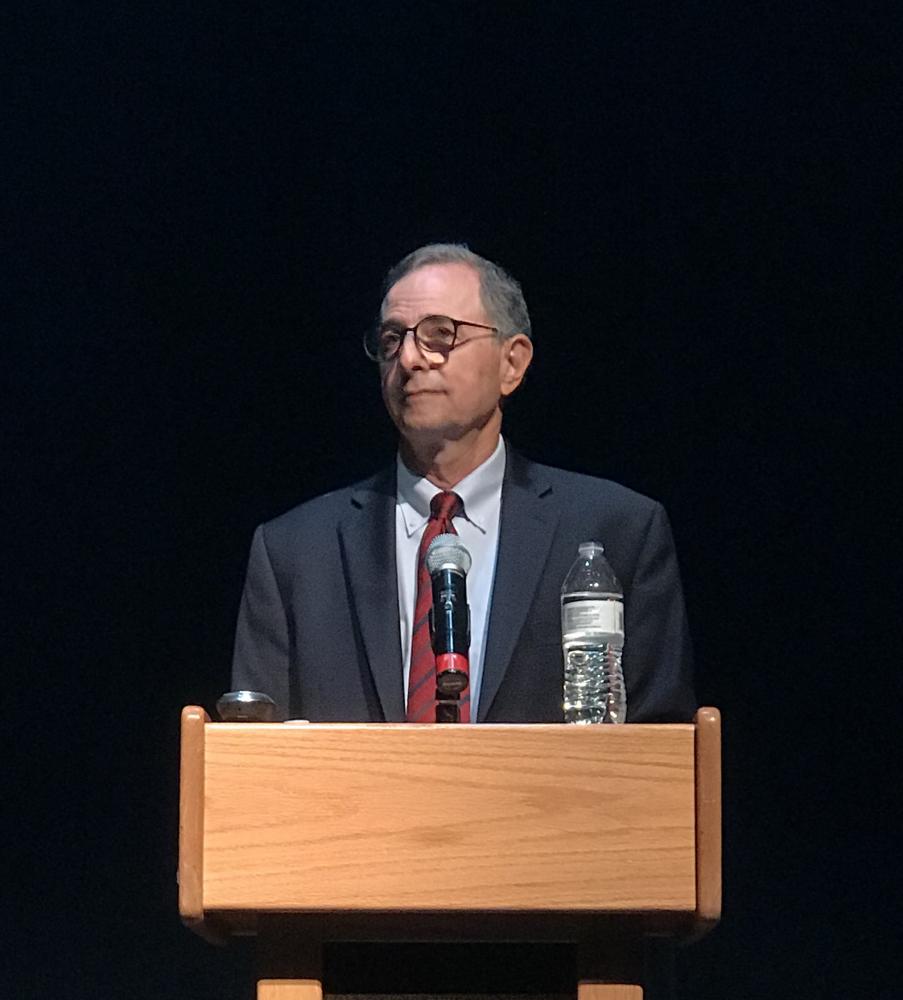 Moses addresses his audience at “The Saint and Sultan”council on Oct. 2 at the Young Auditorium.

Pulitzer-Prize winner and retired journalism professor, Paul Moses brings the reality of history to the forefront of his written text. A former reporter for NewsDay and former professor at Brooklyn College and City University of New York Graduate of Journalism, Moses presents an interesting perspective of religion and journalism within each piece of his writings.

It began with Moses’ dreams of achieving a college education. After growing up in the suburbs of Brooklyn, Moses’ first spark of inspiration began in the peak of his childhood. While attending Mary Queen of Heaven School of Brooklyn’s flathead in his adolescence then later attending Nazareth High School, Moses was raised within the Catholic faith.

His father also had sparked a topic within on his path to a writing career. Moses’ father had a great interest in religion and urban problems within the Brooklyn area. This information provided by Moses’ father on a day-to-day basis, are a source of inspiration for Moses’ search for truthfulness and wisdom.

The real “ah-ha” moment for Moses, a simple introduction to creative writing course. While pursuing his bachelor’s degree at the University of New York- Brooklyn College, Moses originally was a psychology major in search for a trigger that would spark his interests.

“I didn’t believe I could become a writer until my professor in an introductory writing course, at Brooklyn College, my professor was the one to thank,” Moses said.

From that moment, Moses was on a snowball of success.

“It really starts by reading and getting involved. All you have to do is get involved in the school newspaper, or expanding your reading,” he said.

Through the simplicity of involvement, Paul Moses was on the road to achieving his life-long success and nation-wide awards. After achieving what he considers his “greatest achievement professionally,” the 2010 Catholic Press Association award for Best History Book “The Saint and the Sultan.”

During the first showcase of Moses’ four day venture at University of Wisconsin-Whitewater, he emphasizes the importance of his book, “The Saint and The Sultan.”

Moses spoke of the story of St. Francis as a “right of passage” to inspire kindness and acceptance across all diverse backgrounds.

Moses currently resides in Brooklyn, New York, with his wife Maureen and states that he is enjoying retirement.