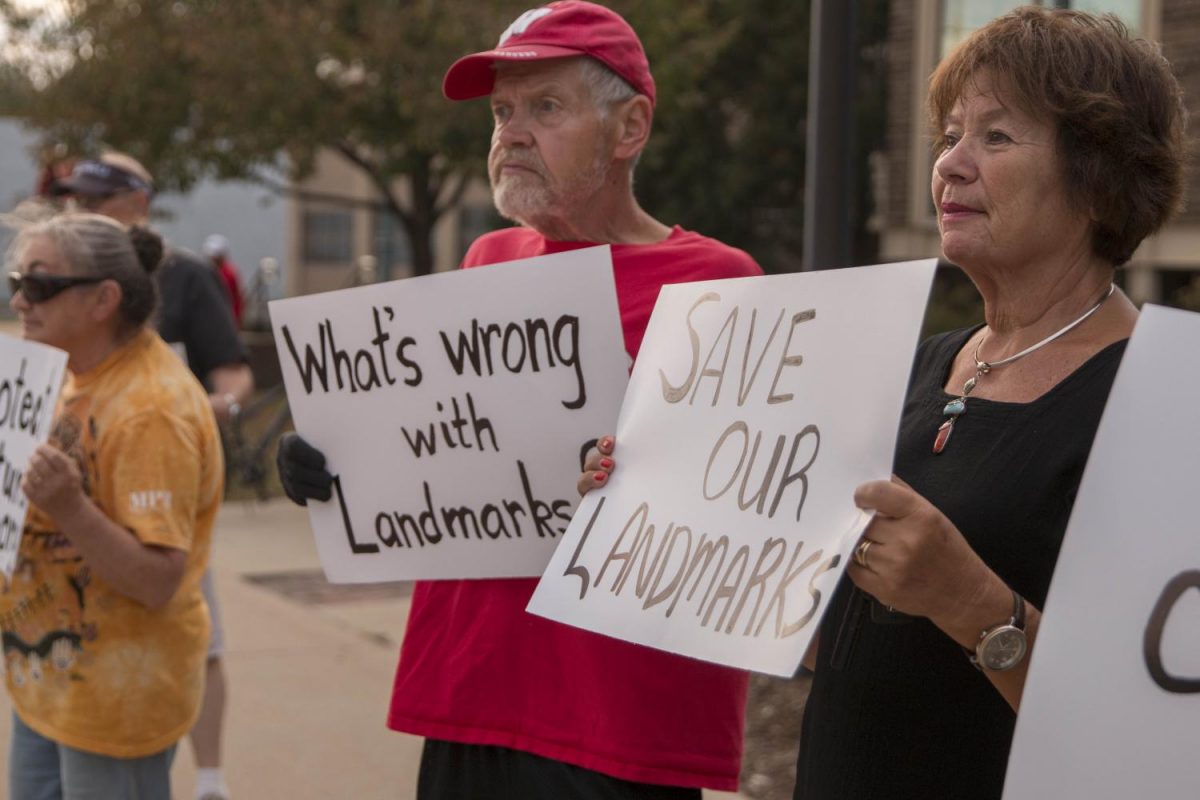 An ordinance that would have allowed the City of Whitewater Common Council to rescind the status of a landmark for any reason, died on the floor Tuesday night when no other council member would give the legislation a second motion for it to be read.

“Is there a second?” Council President Patrick Singer asked three times before stating it was dead legislation.

Ald. Chris Grady (District 3) proposed the ordinance that would amend Chapter 17.12.040 of the city’s municipal code, to allow Common Council to decide whether they wanted to rescind the landmark’s status, without needing approval from the Landmarks Commission.

Grady said his intent was that if a natural disaster were to occur, the city would have no choice but to pay to repair a city-owned landmark, should it be damaged as a result.

“People have been fairly misinformed as to what the goal of this was,” Grady said. “The goal of this ordinance change was to treat city-owned landmarks the same as a private landmark.”

If, for example, a tornado came through and hit the White Memorial building and destroyed it, insurance only covers half the amount of that building, Grady said.

“Under our current ordinance, the city would be required to pay the other half, of that, regardless … because there’s no way to rescind a Whitewater city landmark, because according to the current code, you have to sell the building or sell the property for it to be rescinded,” Grady said.

The Landmarks Commission has attempted to remove Grady from the commission as the council representative, but have been told by the city that it was an “unprecedented” move, one landmarks committee member said from the gallery prior to the council meeting.

There are currently only seven city-owned landmarks in the City of Whitewater.

Ald. Stephanie Goettl (District 5) pushed back on the idea, stating that the ordinance was written to state that the council could remove the landmark status upon their discretion, rather than when a natural disaster occurred, which was what Grady said the legislation was intended for.

“I would ask the question, then, why is this ordinance saying that at any time we can do this, instead of a disaster-specific ordinance that would give us the right in the need to fully replace, should an event occur,” Goettl said. “At that point, I would assume there would be some precedence and our attorney would be able to help.”

The ordinance prompted a “silent rally” from members of the City of Whitewater Landmark Commission outside the municipal building prior to the meeting. Holding signs that read “What’s wrong with landmarks?” and “Save our landmarks,” landmark commission members were opposed to the legislation.

“We’re very concerned about that because it’s open-ended,” Pat Blackmer, chair of the City of Whitewater Landmarks Committee, said. “In other words, the City Council tomorrow could do [rescind a landmark’s status], or they could do it 20 years from now … we’re very, very proud of our cultural heritage, so we’re here at a quiet, peaceful rally just letting people know that we oppose that ordinance.”

The other ordinance proposed by Grady, which would require the council to review proposed landmarks on city property before they were approved, passed with a unanimous vote.

Pick up a copy of the October 11th edition for further coverage of the common council meeting.