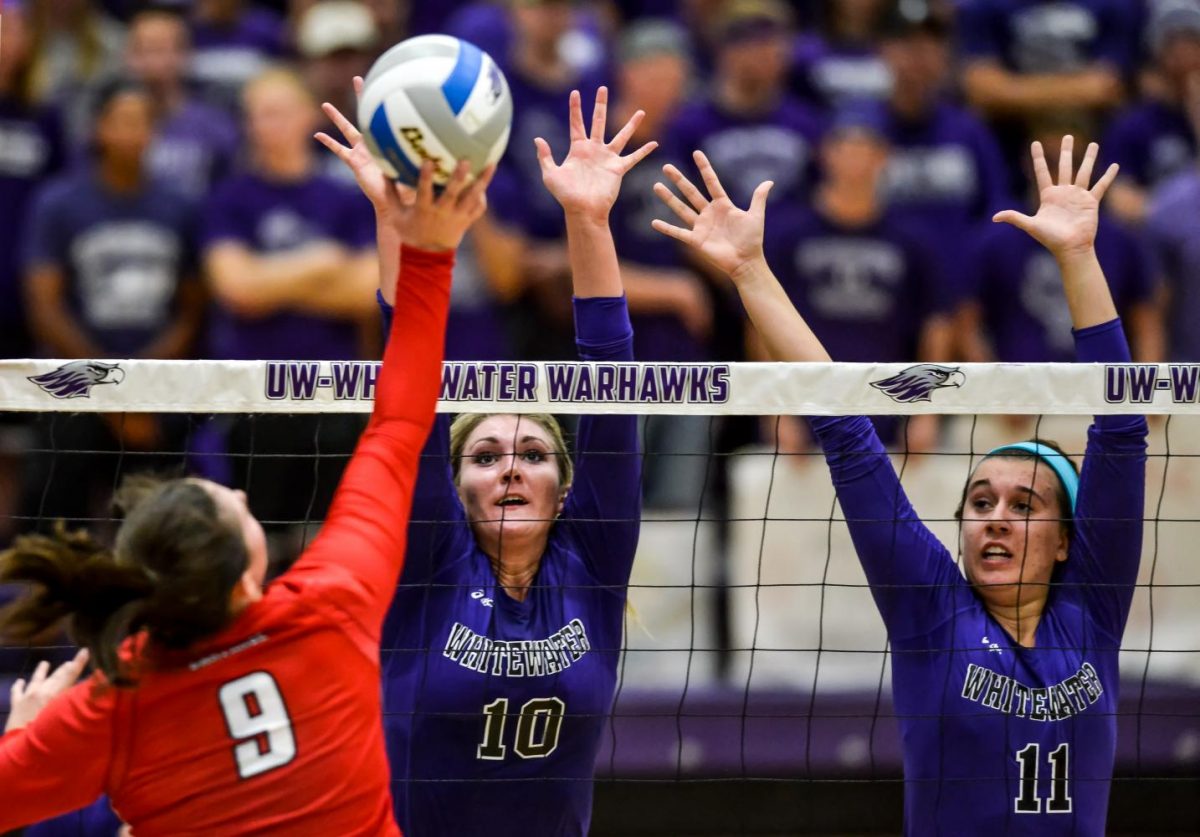 The No. 9-ranked UW-Whitewater women’s volleyball team stayed hot Oct. 3, defeating the Carthage College Lady Reds in a three-set sweep inside the Williams Center (25-20, 25-19, 25-19).
Opening the first set on an 8-2 run, the Warhawks never looked back from their lead, taking the first set and putting pressure on the Lady Reds.
The Warhawks took this momentum straight into the next two sets, where they never lost their grip on the lead, cruising their way to a 3-0 victory.
“Tonight was a huge in region win for us,” head coach Stacy Boudreau said. “Carthage is always a very solid team, and I think they were a very solid team tonight. I think we did a good job of serving very tough and getting them out of system.”

The victory marks the Warhawks’ sixth win in a row, improving them to 13-3 on the season.
“I just think it’s a huge team effort altogether,” said junior Elizabeth Niestrom, who had 33 assists and four blocks in the match. “I think that if we just keep our energy up and keep working hard in practice that we’ll keep rolling through these teams.”
The Warhawks have used their physical, as well as their mental, abilities to keep building up their success.
“We’re a really energetic team all around, and when we play our game, we’re loud on the bench and in the locker room,” said junior middle hitter Kelley Berk. “It’s a really good feeling knowing that it’s really good volleyball that we’re playing.”
UW-W will travel down to Rock Island, Illinois on Oct. 5 to play Augustana College Vikings (9-10) for their second meeting of the season, where the Warhawks look to make it seven straight.