UW-W Volleyball left out of NCAA’s 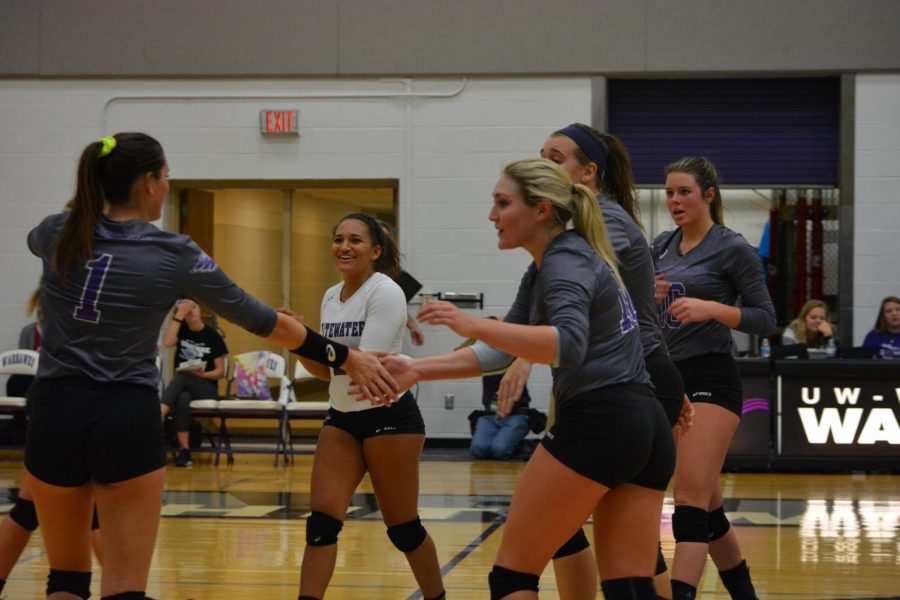 The Warhawks won their first two conference games, but were unable to take down the UW- La Crosse in the conference championship. After not receiving an at large bid for the NCAA tournament, it will be the first time since 1991 the Warhawks wont be in the tournament

The Warhawks lost more than just a conference tournament this weekend.

After the No. 16 UW-Whitewater women’s volleyball team triumphed 3-1 over UW-Eau Claire Nov. 2 in a WIAC tournament semifinal contest, the team was defeated 3-0 by UW-La Crosse two days later in the WIAC tournament championship match.

The loss to the Eagles proved to be the final match of the Warhawks’ season. The Nov. 6 NCAA Division III Championship Selection Show revealed the Warhawks will not receive an at-large bid to the NCAA tournament. A victory over the Eagles would have given the Warhawks an automatic bid into the tournament.

It was the first time in head coach Stacy Boudreau’s 13 seasons with the Warhawks that team failed to reach the NCAA tournament. It also broke the team’s 26 straight tournament appearance streak.

“We never gained a lot of momentum,” Boudreau said. “We played great at moments, but couldn’t get over hump to go ahead. UW-La Crosse played really well.”

Even with a win in the match looking doubtful throughout, senior right side hitter, Sydney Racky, said the team was resilient.

“There was never a point where we were saying we can’t do this,” Racky said. “We tried to stay confident with our passing and hitters. We never let ourselves get down and allow failure be an option mentally.”

Offensively, the Warhawks were held to just 34 kills with a .086 hitting percentage. Wagner was once again a standout for UW-W, recording 14 kills.

“I kept telling [ Niestrom] to keep feeding me the ball,” Wagner said. “We didn’t want that to be our last game.”

The Warhawks started their season 6-0, and pieced together a 13-match win streak from Sept. 20 to Oct. 21. However, the team dropped five of their last seven matches to end the season.

Although UW-W will lose just three seniors next season, two of them will be Racky and Wagner, who were both selected to the first-team all-conference squad. The team will retain its core though, including junior defensive specialist and libero Brittany Robinson, who was also named to the first team.