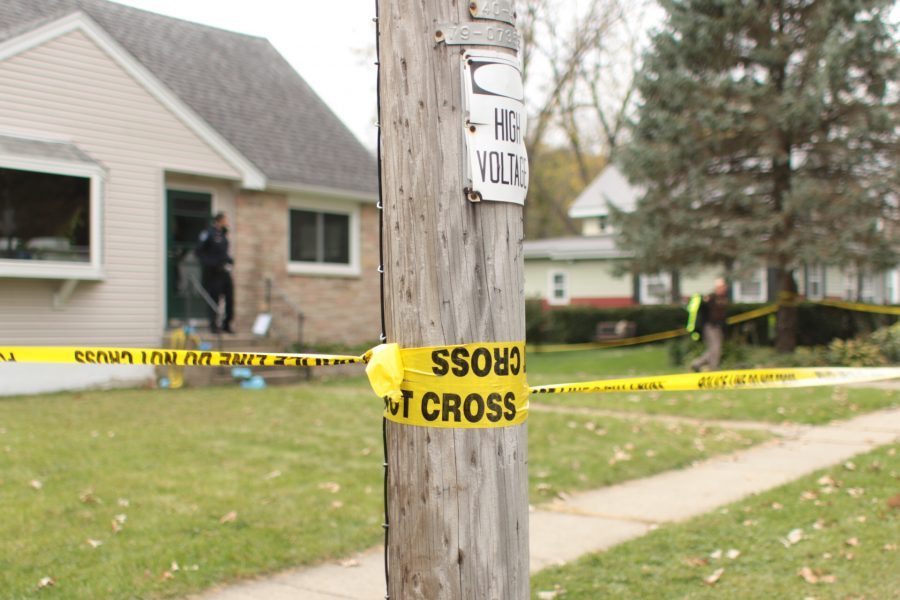 In a 2016 photo, a crime scene where a Whitewater man was killed is taped off by city police.

A jury convicted Alan M. Johnson of first-degree reckless homicide Tuesday, Nov. 7 in the fatal shooting of his brother-in-law in 2016.

According to the Janesville Gazette, the jury did not reach a guilty verdict after deliberating for nearly nine hours on Johnson’s original criminal charges of first-degree intentional homicide. It was reported that jurors instead decided that he did not intend to kill Kenneth J. Myszkewicz, but the jury found him guilty of causing Myszkewicz death by having a disregard for human life and being armed with a dangerous weapon.

In the Nov. 2, 2016 edition of the Royal Purple, it was reported that Johnson met with City of Whitewater police three times the day that Myszkewicz was killed, confessing on the third meeting.

The jury also did not find Johnson guilty of an original armed burglary charge, which implies the jury believes he did not intend to kill Myszkewicz when entering his home around midnight on Oct. 25, 2016, the Gazette reported.

Attorneys on the case, Stephen Hurley and district attorney Diane Donohoo, each argued over Johnson’s intent on the night of the shooting, according to the Gazette. Donohoo argued that Johnson was not attacked by Myszkewicz, as some of the five bullets that killed Myszewicz were found in his back.

The Gazette reported that it is unclear whether Johnson will appeal his charges.