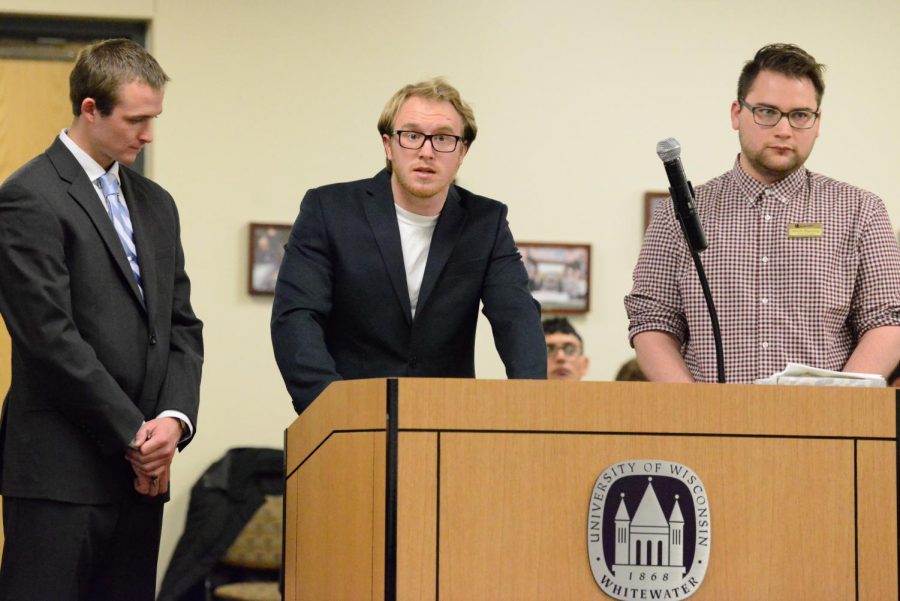 It was a busy night of debate for Whitewater Student Government (WSG) at their weekly meeting Monday, Dec. 4.

The Segregated University Fee Allocations Committee (SUFAC) reported their findings and recommendations to student government. SUFAC consists of students who decide how much financial assistance various student organizations get. Those funds come from student tuition and are spread across the student organizations.

Multiple groups appealed their allotted fund amount, but the Chess Club was the only group to be given money after not initially receiving any from SUFAC after WSG voted unanimously to give them $1,870.

The WSG budget was reviewed in an emotional debate as they sought a more than $12,000 increase to their proposed $27,921 allotted by SUFAC. The proposed changes would have increased the payment for executive board members to $10 an hour and would increase the funds given to the acting president for travel and other expenses.

Senator Evan Klatt said increasing board pay to $10 would allow WSG to recruit “the best of the best,” but other senators weren’t as convinced.

“I don’t know that it’s fair that we as WSG get an increase when so many other organizations are taking cuts. I don’t think this is the right year,” Senator Alexandre Vieira said.

“This should be a SUFAC decision, not an us decision,” Brever said of the amount of money given to WSG. After a 10-8 vote, WSG decided to accept SUFAC’s recommendation from SUFAC for their funds.

The InterVarsity Christian Fellowship was denied their appeal of more money for travel to a leadership conference, mentioned by Senator Jake Davis. SUFAC’s original decision won in an 11-7 vote.

The Spanish Club received just $100 of the $350 they asked for, and Senator James Schulgit, who is also in Spanish Club, motioned for the full amount to be granted. The vote failed and SUFAC cited the fact that the submission wasn’t very detailed in where the funds would be allocated.

The recommended budget of $600,016 will now go to Chancellor Kopper for review and approval. Last year’s WSG approved budget ended at $643,774.