No. 2 gymnastics stays undefeated with sweep 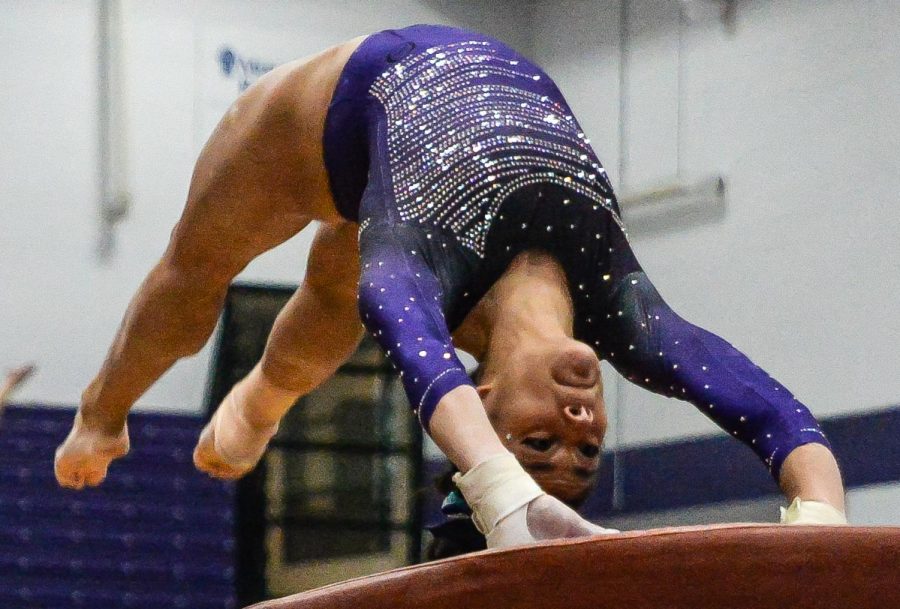 With a sweep across all events, the UW-Whitewater women’s gymnastics team defeated Gustavus Adolphus College (Minn.) 188.500-176.850.

The undefeated Warhawks (3-0, 3-0) have used the first several meets as valuable experience.

“I think we’re just trying to take it one meet at a time, and that’s the most important thing,” head coach Jennifer Regan said. “Each meet we’re learning as we go different things that we can fix and improve on.”

The Warhawks claimed the top three in vault with sophomore Lauren Marshall leading the way with a score of 9.700. In second and third was a pair of seniors in Chloe Rehberg with a 9.650 and Lewa Evans with a 9.625.

O’Donnell took the top spot in the uneven parallel bars with her 9.525, followed by a tie at second by a duo of Warhawk seniors, Christina Slack and Kate Mierow, both with 9.475.

Junior Franchesca Hutton placed first in the balance beam with a 9.575, followed by Mierow at second with a 9.400 and Evans third and with a 9.300.

Between the bars and the beams, Mierow netted the Warhawks two second places scores. Although she scaled the events by herself, the influence her of teammates played a role in her success.

“It really helps having my teammates behind me,” Mierow said. “Hearing them cheer me on pumps me up.”

UW-W saved their best for last with floor exercise, as it was the team’s highest scoring event. The top five finishers were all Warhawks.

O’Donnell topped the leaderboards with her 9.725, sophomore Acacia Fossum finished second with a 9.625, Hutton placed third with a 9.575, junior Erika Briscoe ended fourth with a 9.550 and junior Abby Helmke rounded the top five with a 9.525.

With the Warhawks having graduated several key contributors to last year’s national championship team, new gymnasts have stepped up early in the season.

Even though it’s early in the season for the Warhawks, through three meets the gymnasts continue to improve. The team’s final score against the Golden Gusties was their highest tally so far this season.

“We’ve come a long way already, which is awesome to see,” Mierow said. “Having the team come together at meets, it’s so fun to see how much progress we’ve made, and I know we have so much more progress to make in the future.”

Up next for the Warhawks will be a tri-meet contest against Hamline University (Minn.) and Winona State (Minn.) Jan. 26 in Winona, Minnesota.