Solve housing issue by working together 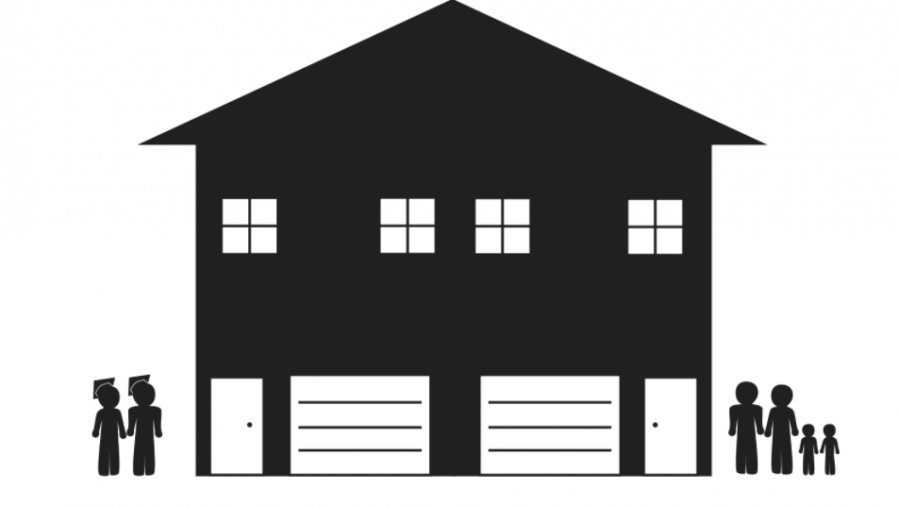 The local disparity between townies and gownies is no secret.

As students seek more off-campus housing options, community members call for more single-family residences; however, the best solution for both parties might actually be residences that can house either, or both.

As the University of Wisconsin-Whitewater continues to grow and expand into the community, the issue of allocating sufficient housing options for both students and permanent residents encounters more friction.

In October of 2016, UW-Whitewater bought a property that was formerly a Sentry Foods grocery store and repurposed the premises as a learning development center and off-campus children’s center.

In the same year, DLK Enterprises completed construction of a new apartment complex near the Center of the Arts, further expanding the student housing market into the community, while at the same time eating up several single-family homes in the process.

Amidst such expansions, some residents have increasingly voiced their concerns about the need for more single family homes in the local community.

Post-graduation, some UW-Whitewater alumni find work in the southeastern Wisconsin region and choose to remain in Whitewater after college. After several years of living as a non-student community member, it’s possible they could forget what it was like to be a student.

During open-community meetings about the Whitewater Food Co-Op efforts to open a new grocery store in Whitewater, some residents have voiced concerns that students aren’t helping contribute to local businesses because many choose to shop at Walmart. But for many students, that’s the most affordable option.

Consider the Walmart effect: Big box stores open in small towns, providing new jobs and a single location where residents can shop for food or basic household items. However, if those big box stores close down, as has occurred in some cases in small towns across the Midwest, those communities suffer financially.

Madison has countered this conundrum by not allowing big box stores to open within inner city limits. This allows the local businesses in downtown Madison to thrive without unfair competition.

That being said, despite students’ need to budget their money carefully during college, UW-Whitewater students have a substantial, positive impact on this community.

Without the economic impact of UW-W students, the City of Whitewater would lose a significant amount of annual revenue at various local businesses. Students contribute approximately $407 million in annual revenue to the community, according to a 2016 study conducted by a team of economics researchers led by senior Taylor Griffith during her sophomore year.

To the credit of both students and permanent families, all community members have proven that they can and often do coexist in a mutually beneficial way.

As far as potential expanded housing options is concerned, Whitewater Common Council denied a motion to rezone the Hamilton House Bed and Breakfast, 328 W. Main St., on Jan. 16. Parking limitations was part of the rationale offered for why the motion was denied.

Had the Hamilton house been rezoned, it would have allowed the property to become student housing for about 18 students and two residential assistants.

The decision to deny this motion was a good one. Converting a single local business into student housing would not solve the housing issue on its own, and rezoning a historic landmark in a community which prides itself on its local businesses and various iconic landmarks would not be well-received.

Instead of the university bleeding out into the community while the city itself doesn’t grow any larger, it would make more sense for the various rental companies and real estate firms in the region to compromise on a two-party solution which could allow for both students and residents to coexist in the same spaces, at the same time allowing the city to expand to best fit the needs of all individuals in the community.

One way to accommodate students and residents alike would be the construction of duplexes, so that both parties can further share the same space in this community.

There is ample open land surrounding the outskirts of Whitewater which could be re-purposed for the construction of new houses. Let’s cooperate to use that space to create newer housing options for all parties, so a solution to the disparities caused by a lack of housing will follow suit.