Two is Better Than One 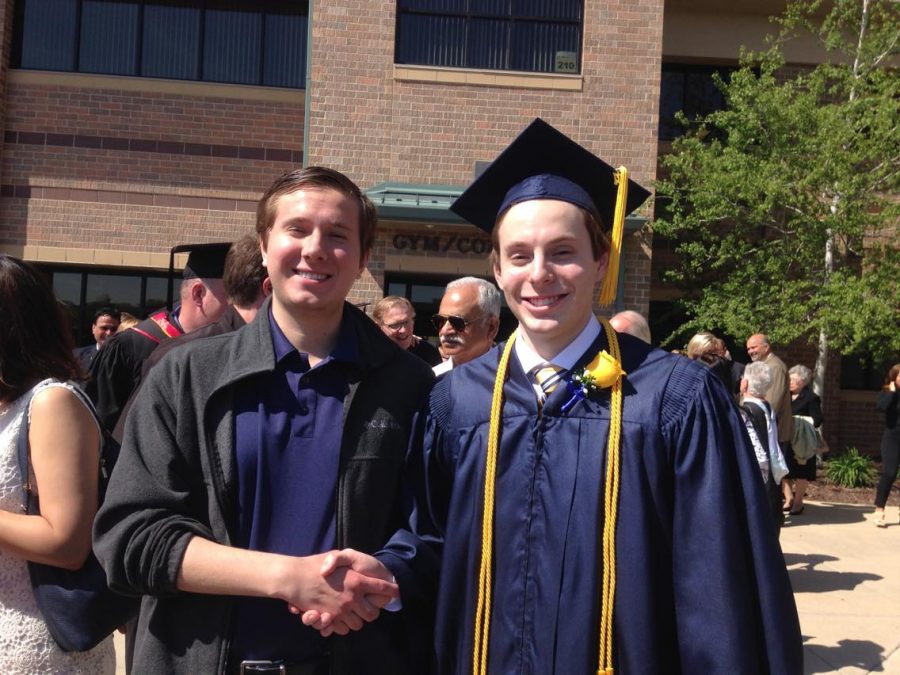 From a young age, it was obvious that James and Matthew Schulgit were going to make a difference.

The brothers continue to make that difference in the local community, as they both attend the University of Wisconsin-Whitewater and serve in Whitewater Student Government (WSG).

The Brookfield natives have served on WSG as senators since the fall semester. James is a junior and Matthew is in the midst of his freshman year.

“I’ve always been interested in government and politics,” James said. “I like to help people and I think student government gives me a route to do that.”

James got into politics in eighth grade after thinking about what he wanted to do with his life.

“I realized that people were making decisions that have a significant impact on my life,” James said. “I could either spend my free time deposited in front of the television or I could be working to affect change.”

James also currently serves on Whitewater Common Council, and while he dedicates a lot of his time to local government, he says it’s definitely a worthy investment.

“[Common] Council has a little more authority in Whitewater than WSG and it can get busy trying to balance it all but it’s something that I look forward to,” James said.

“He has a diverse amount of opinions both from the citizens of Whitewater and our students as a member of both bodies of government,” Kind said.

Matthew served on his student council in high school and from there knew that he was interested in student government as a Warhawk.

“I thought it would be an interesting experience and I wanted to see what I could contribute to the college community,” Matthew said.

The At-large freshman senator mentioned his big brother being a significant inspiration for his involvement.

“It mainly stems from my brother,” he said of his interest in government. “It rubbed off on me and since he is on [Common] Council it really solidifies both of our interests.

“Maybe I will run in the future, who knows,” Matthew said.

While they are both senators in WSG, the one connection that still trumps all is their relationship as brothers.

“We really try not to talk about government at home,” Matthew said. “We have a good personal and professional separation, and we have worked together as umpires. We golf together often and see movies together sometimes.”

Both brothers are working towards degrees in medicine as biology majors. James is also earning a Spanish minor and hopes to someday work as a family physician. Matthew is getting a major in Spanish to go with his biology major and hopes to practice medicine in disadvantaged areas of Milwaukee after college.

While neither plans to turn their time in student government into a career, Kind is happy to have the brothers onboard.

“I probably mixed up their names for the first couple weeks,” he said with a laugh. “But it was a busy semester for WSG between the food pantry, technology, printing and the merger, and they both went for it right away.”

He also added that it’s the first time to his knowledge that a pair of siblings has served the senate at the same time.

“It’s pretty exciting,” Kind said. “They seem very productive as a team but they do similar things for different reasons and that’s pretty cool. They kind of start the world on fire – strategically – by making sure that conversations are had to create positive change. They are going to do great things.”