Business on the books, family on the mind 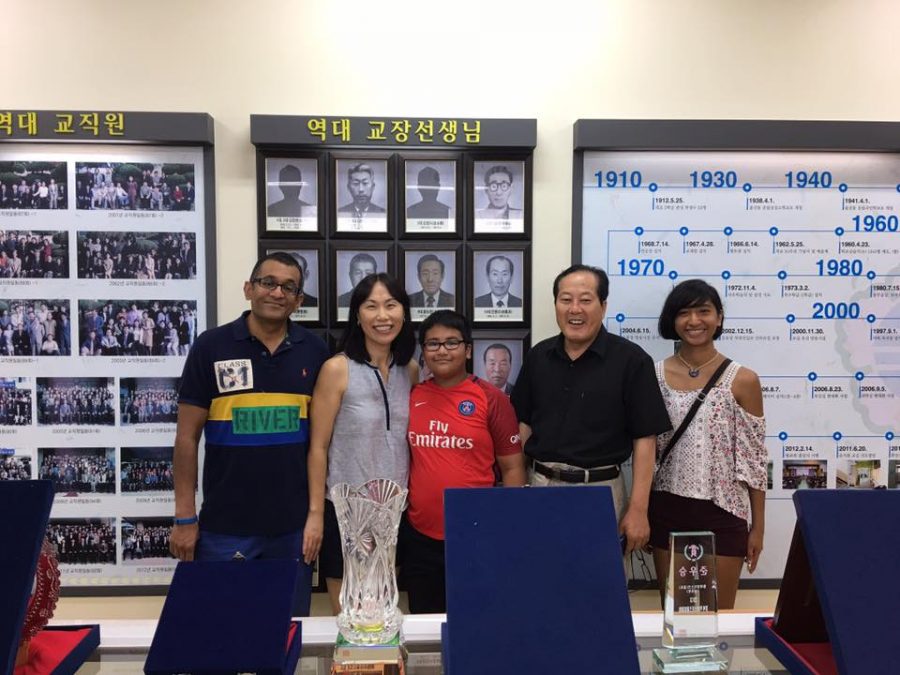 When a University of Wisconsin-Whitewater professor traveled to South Korea to help teach a Winterim program, he felt a little piece of home with the Winter Olympics set to begin.

Dr. Kaviraj Praveen Parboteeah, a distinguished professor and director of the doctorate business administra- tion program at UW-Whitewater, re- cently sojourned to Korea University in Seoul, South Korea from Dec. 28 to Jan. 17 to teach a course on interna- tional business strategy.

Although the Olympic Games’ groundskeepers

couldn’t accommodate tourists during his visit, Parboteeah made sure to shop around a bit to bring home Olympics gear and clothing for his two children because he knew they’d be thrilled.

That’s because their mother and his wife, Kyong Pyun, was born in South Korea, the nation hosting the 2018 Winter Olympics.

Pyun immigrated to the U.S. from South Korea when she was 21 years old. Now, she is a substitute teacher for Whitewater Unified School Dis- trict and is admittedly a die-hard Olympics fan.

“The entire world, almost, will be watching,” Pyun said. “It is very exciting that South Korea is hosting.”

When South Korea last hosted in 1988, Pyun was still living there. She said it was a huge honor then and will be special to watch this year.

“North and South Korea will march together, and the two countries share a common flag this year … that will be very emotional to see,” Pyun said. “People from the North are Koreans, too.”

Despite the increasingly tense po- litical relationship between the U.S. and North Korea, the issue is less of a talking point in the Koreas.

“The relationship between the North and South [Korea] is much more controversial outside of the Ko- reas,” Parboteeah said. “They’ve been dealing with it for a long time.”

While the older genera-ions recall the brutal fighting during the Korean War, the younger generations are more carefree and don’t expect further violence.

Parboteeah said he doesn’t believe most South Korean citizens fear the prospect of war. Instead many remain aware of the international tensions but choose to focus on rebuilding political relations and pushing their own econom- ic success further.

“South Koreans are very proud to be hosting the Olympics,” Parboteeah said. “What better way is there to bring all nations together?”

The Winter and Summer program Parboteeah participated in combines a variety of academic courses with first hand cultural experience.

More information on the international program at Korea University can be found at www.globalinksa- broad.org/Search/Pro- grams/ProgramID402/