In the business of love 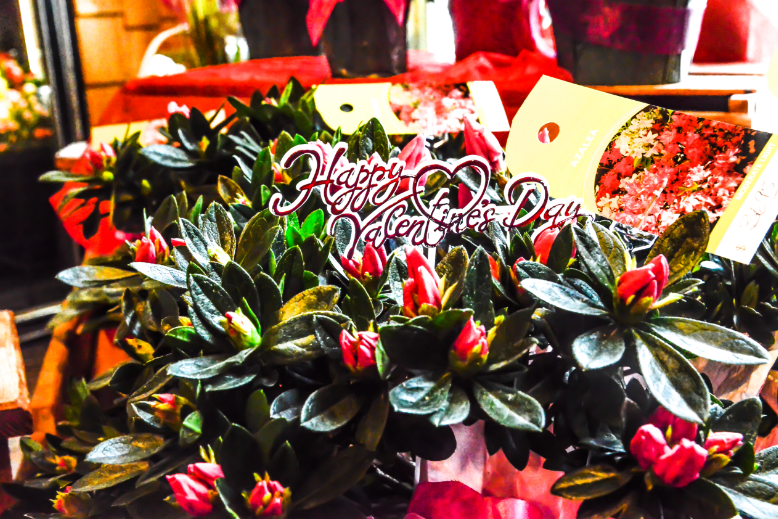 Love is a powerful thing this time of year. It’s in the air, on the mind, and in the wallets.

Valentine’s Day holds a special place in our culture. The 14th of February crafts images of chocolates, large red hearts, and of course flowers. But no one wants them a day early or late.

Tim Humphrey, owner of Humphrey Floral and Gift in Fort Atkinson says your efforts will wilt should you miss the day.

Florists conduct a tricky business. Considering that their work is based on when people celebrate occasions, business is rarely set in stone.

Except Valentine’s Day, which is the single biggest day of Humphrey’s year. In order to make it work, he says he needs a lot of time, preparation, and most importantly, patience.

According to Humphrey, the holiday actually starts back in December, when most florists need to have their orders in so the growers can prepare shipments. Humphrey, as well as other florists with whom we’ve talked, goes by last year’s statistics to gauge orders.

However, Humphrey says it’s also important check the last time Valentine’s Day fell on the same day. Sales fluctuate based on what day of the week the holiday falls on-this year the 14th is a Wednesday, which is arguably the most profitable day it can be on.

“If it’s in the middle of the week it’s hard to make alternate plans, so you have to get her something on the day because you don’t want her to think you forgot,” said Humphrey.

Humphrey estimates that they lose 15-20 percent of annual sales if the holiday falls on or close to a weekend, which is a substantial number.

So what flower is their biggest seller? No question, it’s roses. Classic red remains the most popular, but florists also sell lots of other colors to accent arrangements. Purple is a very popular choice according to Humphrey.

20.8 percent of all sales are roses and 57.9 percent of sales are other fresh flowers from February 6-14 of last year, according to sales by Humphrey. This year that number may stay the same percentage wise, but it will most likely go up in amount.

Pam Krauss, who owns Floral Villa in Whitewater, thinks she’s narrowed it down to which demographic is buying the most for the holiday.

“The age range who buys the most arrangements or bouquets are from 30-60. You have discernible income at that point and want to make the occasion special,” said Krauss.

Krauss lives with the exception however of operating in a college town. A chunk of her consumer base is a younger demographic which doesn’t have much disposable income.

Krauss estimated that 20-25 percent of her customer base around Valentine’s Day is college-aged, more than any other time of the year. She says most buy single roses or small bouquets and the occasional teddy bear or balloon to go with it.

Having Valentine’s Day on a Wednesday also boosts Krauss’s sales as well, but it adds an extra chunk from college limitations.

“Students can’t go home for the weekend to celebrate, so they’re in a way stuck local because they have to get something on the day,” Krauss said.

Krauss mentioned that they used to deliver to the individual halls at University of Wisconsin-Whitewater directly. But due to recent safety changes all flowers and gifts must be delivered to Goodhue Hall first. Then the university has the option of keeping it there or taking it to each hall.

Humphrey and Krauss, who have both been in the floral business close to 40 years say that, overall, there haven’t been many changes to the Valentine’s season. however , one major shift is the rise of the internet. Floral clearinghouses such as Teleflora, ProFlowers or BloomLink give florists more customers but at a cost.

When you order through a clearinghouse, they don’t fill it themselves. Your local florist who is part of their network does, and this creates a handful of problems.

Florists don’t make as much as they would on normal orders. On average florists who fill the orders only receive 70 percent of the sales; the rest goes to the clearinghouse and other expenses.

“It’s cut into our business because we don’t make as much as if someone would call in directly,” Krauss said.

Also, the online clearinghouses may look like catalogs, but they are actually style selections. It’s impossible for a florist to have every flower, accent or vase available all the time. So, often the flowers that get delivered aren’t exactly like the display. But the local florist gets those complaints, not the clearinghouse

Despite these minor speedbumps, veterans of the industry, Krauss and Humphrey are ready for mad rush of the holiday. Both praised the crews behind them and the long and stressful hours it takes to pull off the feat.

“It takes a lot of brownies and heart shaped sugar cookies to get them through the day,” Humphrey joked.

Even though Humphrey and Krauss service the same areas–Jefferson, Fort Atkinson, Whitewater and surrounding areas–they have a very healthy relationship. They help each other with orders sometimes and keep in contact to help better serve the area

“Tim’s great, I’ve known him for so long, we can ask each other anything,” said Krauss.

As the day of sweethearts approaches, show a lot of love to that special someone, but don’t forget to show a little to your local florist. After all, they are in the business of love.