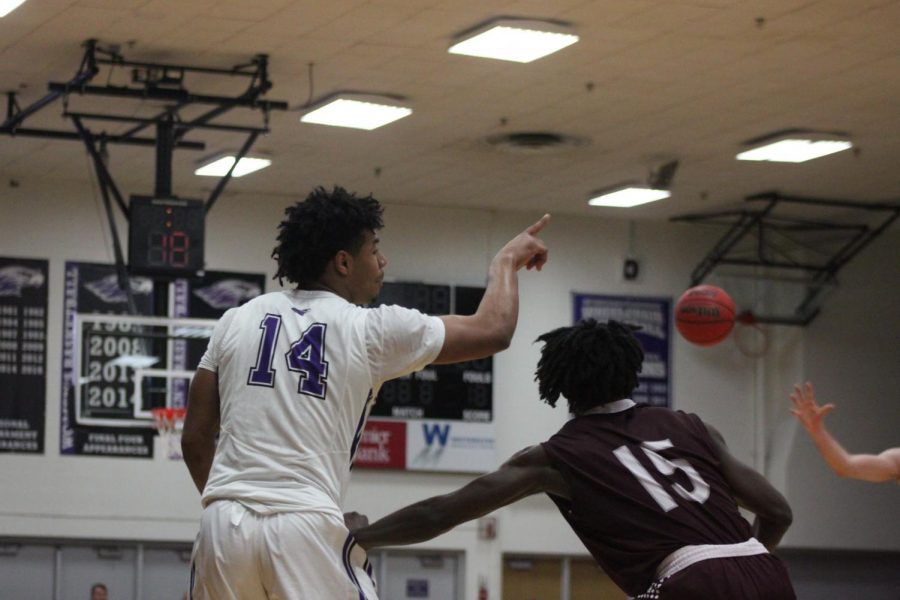 Twenty-eight turnovers, many missed free throws and an eight minute stretch without a field goal handed the Warhawks men’s basketball team their fourth straight loss as they suffered a 60-55 defeat at the hands of UW-La Crosse.

After starting the season 16-5 the Warhawks closed out the year with four consecutive conference losses, forcing them to fight for their playoff presence on the road in the WIAC tournament.

“Losing eight conference games is tough, but we know we can beat anybody on any given night,” Junior guard Derek Rongstad said. “It’s going to take some toughness down the stretch. We’ve got three straight road games if we wanna make the NCAA Tournament.”

UW-W will travel to River Falls on Wednesday to take on the UW-River Falls Falcons in the first round of the WIAC tournament. The Warhawks were swept by UW-RF in the season series. UW-W dropped the first game 81-80 in dramatic fashion. After UW-W led for the entirety of the second half the Falcons closed the game on a 15-4 run and a jumper by senior Brennan Witt with two seconds remaining capped off the comeback. In the second contest of the season series the Falcons beat UW-W 76-66 in River Falls.

Despite the losing record in WIAC play the Warhawks are still, on average, outscoring their conference opponents by 2.6 points per contest showing that UW-W has been competitive in the majority of their conference matchups. This competitive nature of the games has Warhawks’ junior Mitchell Pfiefer confident that his team is capable of turning it around on Wednesday and moving forward.

“We’re not scared to play anybody, and I know everybody in the conference looks at us and they’re like ‘they don’t want to play us’,” Pfiefer said.

For the Warhawks to turn it around it will take a more focused approach on the offensive end. In the loss against UW-LC the Warhawks committed 28 turnovers, the most in program history since 1999, 11 of which were committed by junior guard Andre Brown.

“I made a lot of mistakes tonight,” Brown said postgame. “They defended me hard, defended me well. They really hard-hedged the screens. They made things difficult for me…It cost our team.”

It wasn’t just turnovers that plagued the Warhawks offense in the loss to the Eagles. There were two stretches where it seemed like the Warhawks could not buy a bucket.

To start the game the Warhawks only managed two field goals over the first five and a half minutes. Then, after the Warhawks built an 11 point advantage with two minutes remaining in the first half, UW-W went eight straight minutes without a basket as the Eagles went on a 25-1 run, grabbing a 13 point lead of their own with 14 minutes remaining.

The Warhawks were incapable of digging themselves out of the hole they dug themselves into as they were unable to draw any closer than five for the remainder of the contest. Over the final 3:30 the Warhawks missed the front end of a one-and-one three separate times and junior forward Dalton Menke split one of two technical free throws that could have cut the lead to four with 1:30 remaining.

This theme of losing leads and coming out of the second half gates flat has become all to familiar for head coach Pat Miller this season.

“It’s what we’ve done this year. I don’t know how many times this year, but it’s been a lot, where we had zero energy and zero activity in the second half,” Miller said. “This was one of the more demoralizing losses I’ve been associated with.”

Saturday’s contest was Senior Day for the Warhawks. Senior guard Jerry Ngobi was the only senior honored on the Warhawks’ roster. Ngobi nailed a floater as the buzzer sounded in what will likely be his last basket at Kachel Gymnasium.