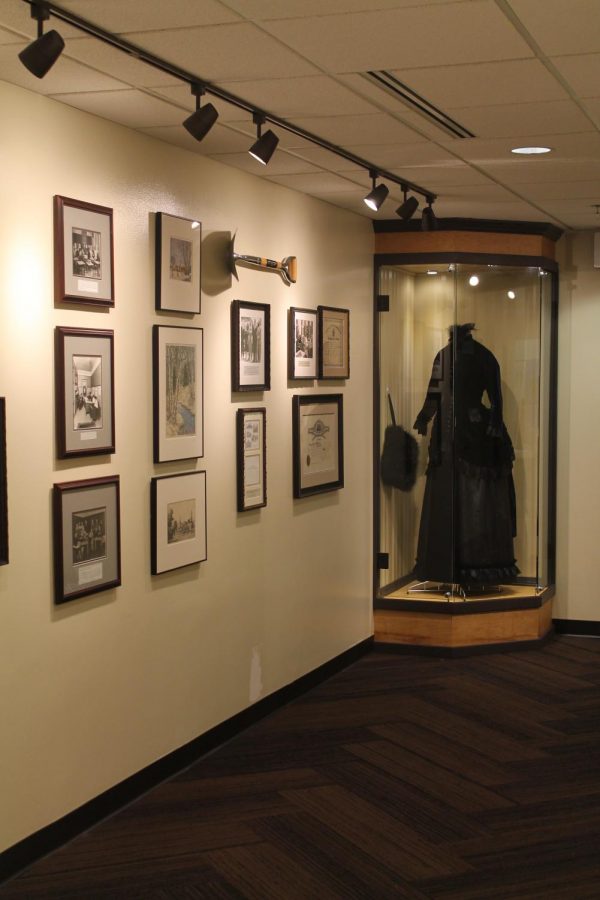 Stories of those who came before us will always stay with us.

Leona, who is a former fashion historian, visited campus to authenticate the dress. Chloe and Leona received  the dress from UW-W special collections, at first thinking it was a costume piece.

“There are things that you can cross check against time change, such as what type of fiber it is and the dye base,” Leona said.

Chloe added, “It was originally done by a dressmaker, and we can tell that it was made for someone who could afford a nicer piece.”

The dress tells a two-part story. The bottom half was remade by Chloe and her mother after months of in depth research – such as searching through old magazines from the era the dress was worn in – while the top part is the actual authentic piece.

Although they are unable to identify who the original owner of the dress was, they believe it was likely worn by a former student at UW-Whitewater in the 1880s.

“We only know it at least came from the Whitewater community, you can see the alterations where the piece was most likely shared between sisters, whoever last wore this dress was a small individual, they probably all were because of them being related,” Leona said.

Old Main Lane installed an artifacts wall including old photos of UW-W’s campus last week Monday, Feb. 5, through Tuesday, Feb. 6, and UC employees have been working on installations for a permanent historical display. Their goal is to complete the display by the Sesquicentennial, a 150th anniversary celebration for UW-W that begins in April.

The main idea behind wanting to install a dress was to help students understand what being a college student in the late 1800s might have been like.

“We wanted to include it here because this is what women were wearing when they attended Whitewater. Whitewater was accepting women when schools such as UW-Madison, for example, was still not allowing women to attend school,” Chloe said.

It comes down to much more than the dress itself, but rather the story it tells us.