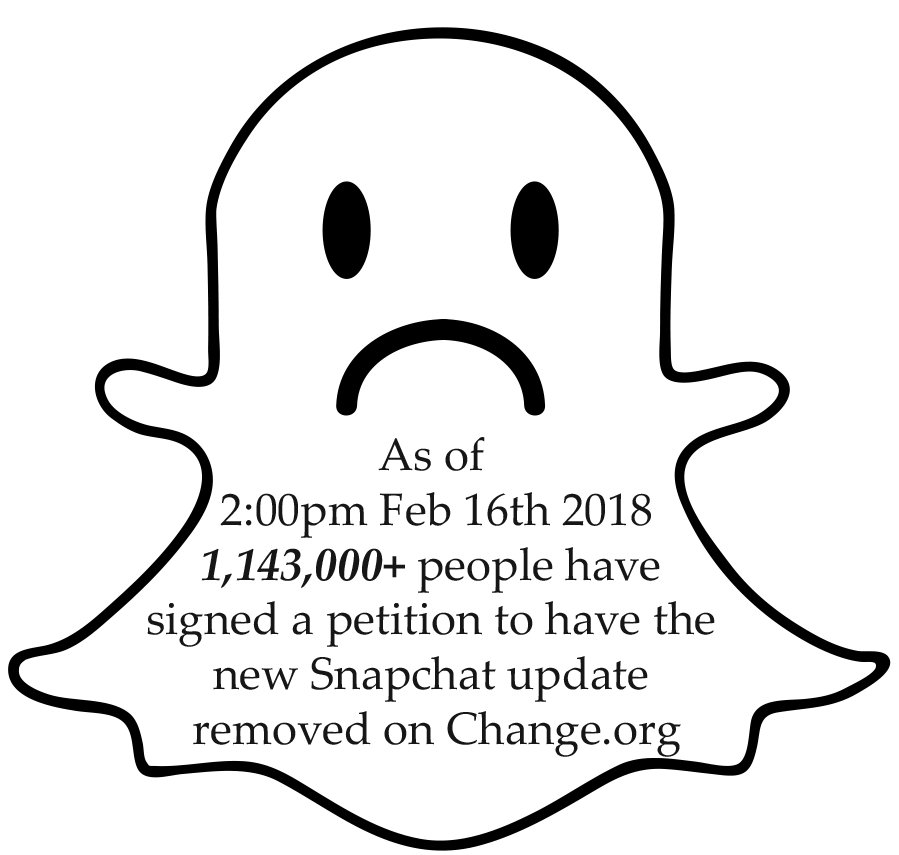 Snapchat, the social media platform popular with millennials and their younger counterparts, has received harsh criticism after rolling out a new update at the beginning of February.

The biggest shift on the application amongst other changes was combining the ‘conversations’ and snapchat stories from friends into one ‘friends’ page.

To put it frankly, many users are unhappy with the update and are expressing their disapproval. Freshman physical education major Eric Einerson discusses how he has trouble finding people’s stories that he wants to see.

“Someone I may not talk to as much now shows up more recently than someone who I talk to a lot more frequently, which makes it hard to keep up,” Einerson said.

“I hate how the stories pop up in the feed. It’s a weird format that’s hard to understand,” Kranz said.

A current petition to repeal the Snapchat update on Change.org has gathered more than 1,143,000 supporters since the company rolled out the changes.

Sophomore Matthew Backus dislikes the changes but assumes everyone will eventually adjust.

“I’ll still use it though, it’s one of those things we’ll all get used to,” Backus said.

Einerson echoed his statements about users potentially being complacent about the update.

“We will complain but people will adjust and then find something else to complain about,” Einerson said.

Because of the backlash, many people have posted on various social media sites ways to reverse the update.

“Don’t believe everything you read on the Internet — unofficial workarounds to change the way Snapchat looks are temporary and can result in getting permanently locked out of your account or lost Memories,” said the official support account.

“I think it’s so bad, emailing is a better option now,” Butzen said.