Students donate blood, give back to community 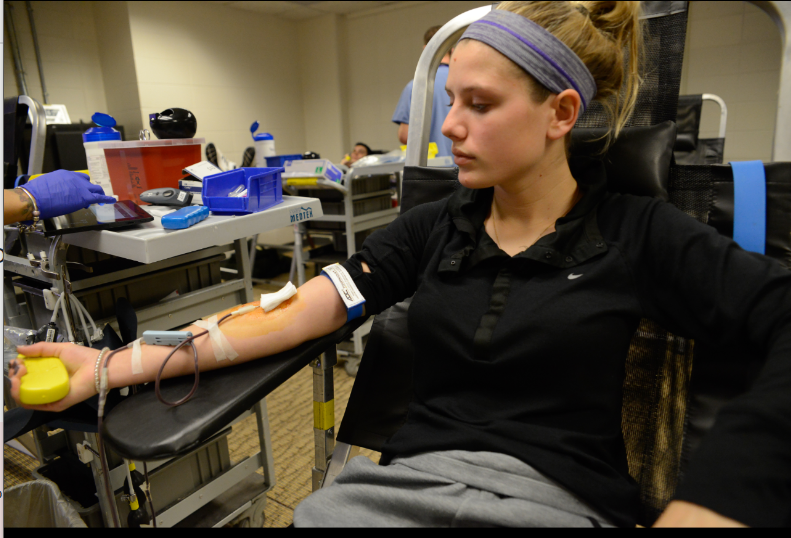 Students lined up to donate blood last week in an annual blood drive on the University of Wisconsin-Whitewater campus.

Elli Wahlberg, a sophomore biology student and member of the PHAT, said it was her first time giving blood on Tuesday. Wahlberg said she intends to give blood in the future.

“I heard we were sponsoring it and it’s just a good way to help out the community and anyone who needs it,” Wahlberg said.

Senior Taylor Griffith, an economics and mathematics double major, said she has been giving blood since she was 17-years-old.

“I give as often as I can depending on my schedule,” Griffith said. “I generally donate every eight to 16 weeks.”

Griffith said she doesn’t think she has other family that donates, but that didn’t deter her from donating.

“I started donating when I was in high school.  Me and my friends would go,” Griffith said.

Griffith estimated that since she began donating blood in high school she has donated about 12 pints of blood.

Griffith had to take a break for a year when she took a trip abroad.

If someone has left the country for  a certain time period, a review of the donor will be conducted to determine if and when the donor can be eligible to donate blood again, according to the American Red Cross.

Sophomore Tristan White said he has given blood three times while attending UW-W.

“I donated in high school to get out of classes and I thought I could just keep giving blood,” White said.