We must stand beside our DREAMers 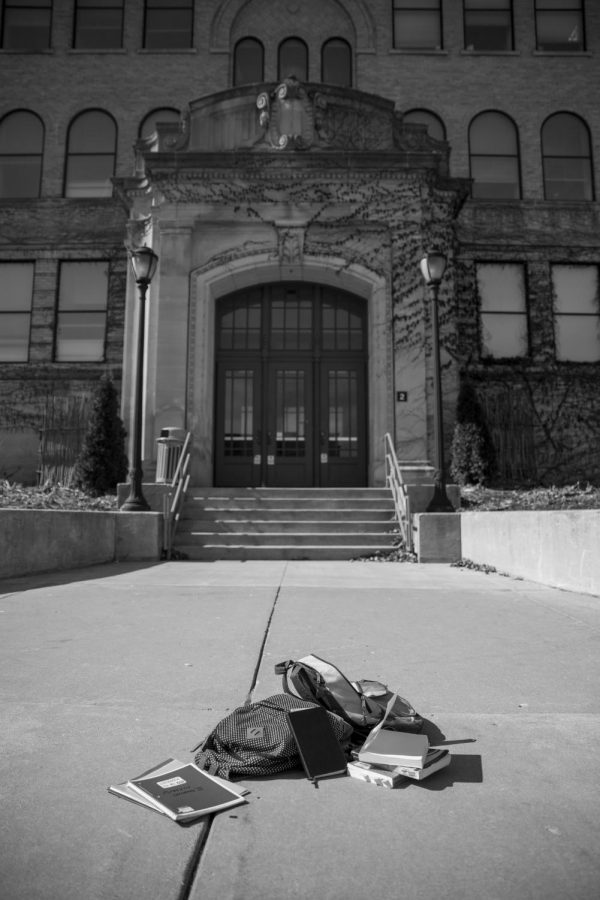 Both the administration and the overall campus population at the University of Wisconsin-Whitewater need to be doing more to protect members of our community who are undocumented citizens. Steps we all can – and should – take involve contacting members of the House of Representatives and the Senate, and setting up emergency reserve funds for students who must continue their education without federal loan support.

A major deadline set for Congress to act on the Deferred Action for Childhood Arrivals (DACA) legislation has run out of time. The ramifications could be devastating if the policy is repealed, which allows hundreds of thousands of undocumented citizens to call the United States home.

In September 2017, President Donald Trump gave Congress six months to alter and draft a replacement bill for an Obama-era executive order that protected those who were brought into the U.S. illegally as children and have grown up in our neighborhoods, attending our schools and acting as an invaluable part of our culture.

More than 800,000 people are protected by DACA, which was implemented in 2012. Without this security, thousands of hard-working people would lose their jobs and their livelihoods each month due to deportation.

Fortunately, many lower courts across the country have been upholding protection for these people, referred to as DREAMers. Some judges cite Trump’s own tweets as evidence that the president does not truly wish to target those individuals for deportation. The president has publicly questioned whether anyone truly wishes to see those people deported.

“Does anyone really want to throw out good, educated and accomplished young people who have jobs, some serving in the military? Really!” Trump tweeted on Sept. 17, 2017.

Several students at the University of Wisconsin-Whitewater qualify for DACA status and have a harder time affording their education due to their inability to receive the same scholarships or benefits as those who were born in America. These DREAMers are hard-working young people who contribute money toward the economy and are involved in their communities just like everyone else. To lose these bright and talented individuals would do far more harm than good.

Despite the efforts of courts nationwide to prevent potential deportations, this issue is not limited to the efforts of lawmakers and court officials alone. We can all play a role in speaking out on behalf of our fellow students and peers who are striving for the same American dream as the rest of us.

The UW-Whitewater administration and College of Letters and Sciences International Education Committee both deserve due credit for voicing their support for our students who are eligible for DACA status. In stating support for these individuals, these groups have helped set the tone for how our campus can stand behind our peers in the midst of uncertainty.

UW-W also has a number of programs focused on education and celebration of campus diversity, which speaks further to the credit to which our campus is supportive of its members, regardless of heritage or ethnicity.

But these diverse programs and good-hearted statements do not offer enough security. Our administration – along with the rest of the campus population – needs to take further action to protect our DREAMer students in the event the government tries to remove them from our campus.

Administrators should arrange for our state representatives to host listening sessions where we as a campus can reiterate the importance of our unprotected students. We need to have emergency funds set up to better offer aid to students who are struggling to earn scholarships despite their strong academic records. Campus leaders have the power to enact policies that prevent immigration agents from taking our students away, and our administration needs to act upon this authority soon, or we risk losing bright individuals who contribute to this campus.

Showing this support can go a long way toward solidifying our atmosphere as a welcoming environment for all sorts of people. No matter what happens at the federal level, we must fight the good fight and not back down in our support for our peers belonging to the Warhawk family.