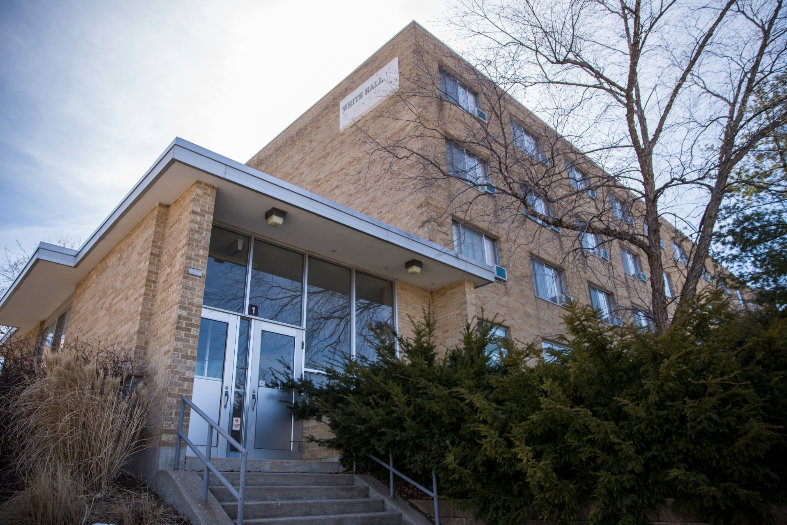 White Hall, located along Starin Road by the Visitor Center, will soon be home to a food pantry. The initiative will help prevent food insecurity and will be open for students to drop off or pick up food items as needed.

When thinking of hunger and who it impacts most, our minds often drift to populations who are more vulnerable – children, the elderly, those living below the poverty line.

As a society, we often forget about another population that might be unsure of where their next meal is coming from – that of undergraduate and graduate college students.

Often, there’s a common perception that college students live in a protective bubble – coddled by their parents, who pay for everything from rent to groceries to tuition. It’s not uncommon for people who don’t often interact with college students to think that we live easy lives with no sense of reality.

Let us tell you, reality tends to set in quickly when both your cupboards and bank account are empty.

That’s why we support the idea of having a campus food pantry at the University of Wisconsin-Whitewater. Bringing the pantry to campus will allow students to supplement their food supply and focus on their classes and work obligations, rather than what in the world they could possibly piece together for dinner.

According to nonprofit organization National Student Campaign Against Hunger and Homelessness, one in five college students are considered to be at the lowest level of food security at some point while earning their bachelor’s degrees. Coincidentally, when Sara Goldrick-Rab, the founder of Wisconsin HOPE Lab and a Higher Education Policy and Sociology professor at Temple University started her research, it was students in Wisconsin who first informed her that having a consistent source of food was a problem for them.

Out of all of the 3,765 students that were surveyed in 12 states and 34 colleges in Goldrick-Rab’s research, 48 percent of the respondents said they had experienced some form of food insecurity in the previous 30 days.

If we translate those numbers to UW-Whitewater, that means there’s the possibility that over 6,000 students feel the burden of food insecurity.

Half of our nation’s undergraduate students having some level of food insecurity is far too much. We’re glad to see UW-W and those who have worked to bring a food pantry to campus give a helping hand to the hungry.