Being aware of exits is crucial, police say 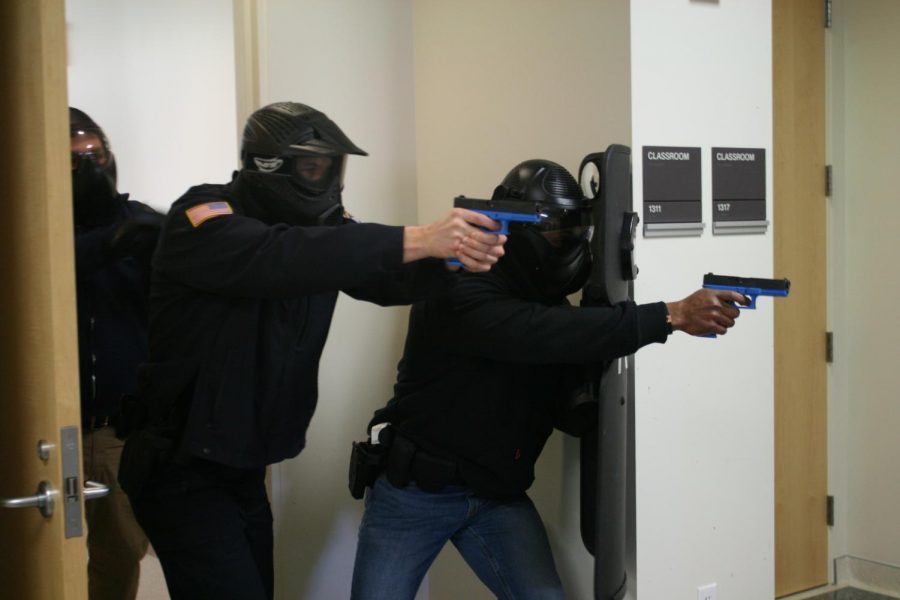 The training focused on many topics other than active shooters, it taught audience memebers the importance of being away of their surrounding at all times, not just emergency situations.

“Everywhere I go, even when I’m off duty, I’m aware of my exits,” Officer Mike Sacco said.

Many deaths or failed escaped plans occur due to over-crowding and people trampling on top of each other. The officers showed a video of a young crowed attending a concert and a fire took flame.

Officers stressed the importance of knowing exits in public places, showing a video of a crowd attending a concert when a fire broke out. They explained that many of the deaths caused during this incident were due to a failure of surrounding awareness.

During the presentation officers shared statistics with the group about police response during an active shooter situation.

Three minutes is the national average for police arrival to active shooter situation, stated during the training.

“I would bet that Whitewater police would make it up there even quicker than that with the number of officers that work for the University and the city as well,” Officer Kelsey Servi said.

Another point of emphasis during the training was reaction time of civilians.

Officers pointed out how most people freeze when they see or hear a gun.

Fight, flight, and freeze are three reactions that occur when humans experience a panic situation.

Sacco and Servi pointed out that shootings are unpredictable therefore there is no set drill to teach.

Additional training sessions were held on March 7 and 13.