Senior outfielder making his impact felt for No. 3 UW-W 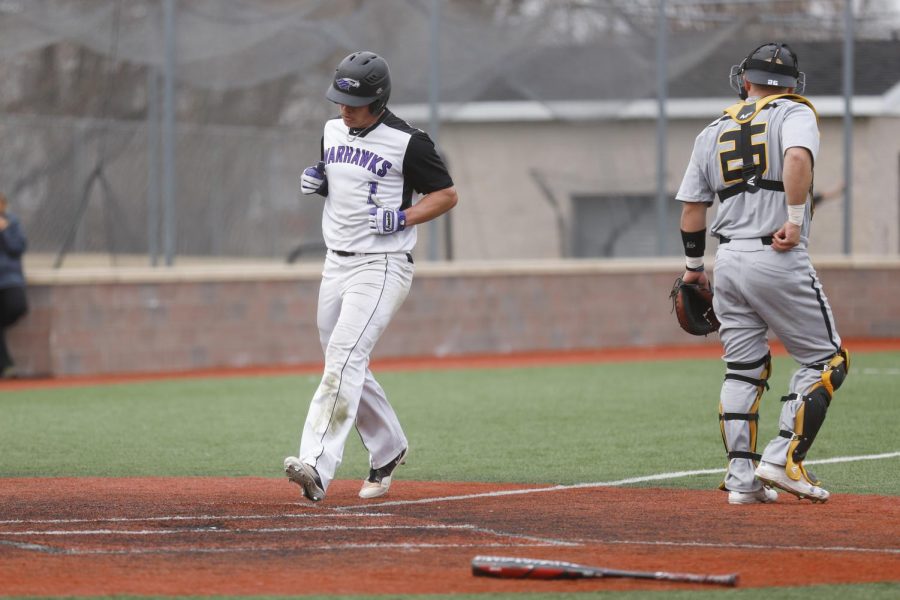 The UW-Whitewater baseball team has been on a tear as of late, and outfielder Daytona Bryden is a big contributing factor. Bryden, a senior from Rockton, Illinois, has put up some of the best numbers in the country so far this season and has helped propel the No. 3 Warhawks to a 17-3 record.
Bryden has started all 20 games this year and leads the WIAC in batting average (.518), hits (47), triples (five), slugging percentage (.940), on-base percentage (.574), total bases (79), runs (40) and stolen bases (15). The centerfielder also boasts a perfect fielding percentage.
His .518 batting average ranks second in the country for D-III, and his .940 slugging percentage ranks fourth.
Bryden has been a great hitter throughout his time in Whitewater, with a career batting average of .407. However, he credits his season’s success to nothing more than just enjoying the game of baseball.
“I’m just playing with no pressure, having fun, enjoying the game and playing with my teammates,” Bryden said. “I think that’s led to my success.”
Despite his individual success, the Warhawks are by no means a one-man show. The team ranks No. 9 in the country in batting average and No. 4 in slugging percentage.
Junior Cal Aldridge, who’s .431 batting average is second on the team, is Bryden’s roommate and close friend. Aldridge emphasized Bryden’s importance to the team.
“Everyone loves him on the team and he’s a great guy to be around,” Aldridge said. “He’s a great leader and everyone looks up to him.”
Bryden’s ability to hit the ball hasn’t gone unrecognized. He earned D-III National Hitter of the Week honors during the week of March 19-25. This came after Bryden batted a cycle against Grinnell College.
The following week Bryden managed to hit for the cycle again against Ripon College. In a span of five days, he managed two cycles. Most MLB players don’t accomplish this feat in their entire career.
“The first time I really didn’t have any idea until my teammates started yelling at me from the dugout,” Bryden said. “It’s the first time I’ve ever done that, so that was pretty cool.”
UW-Whitewater head coach John Vodenlich believes that Bryden has made big strides since he first became a Warhawk.
“The statistics are there, and you can see what he means to us offensively and defensively,” Vodenlich said. “The thing that is key for us is that he’s really bonded with his teammates and he’s become a leader.”
Despite his impressive individual performance this year, Bryden has his eyes set on a WIAC conference championship and an appearance in the NCAA tournament.
“Were just going to take it one game at a time and keep improving,” Bryden said. Then we’re going to try and win the WIAC and hopefully make a run in the playoffs.”
Bryden’s next chance to continue his impressive season will be on Wednesday, April 25 when the Warhawks take on UW-Oshkosh in a double header at Miller Stadium in Whitewater.