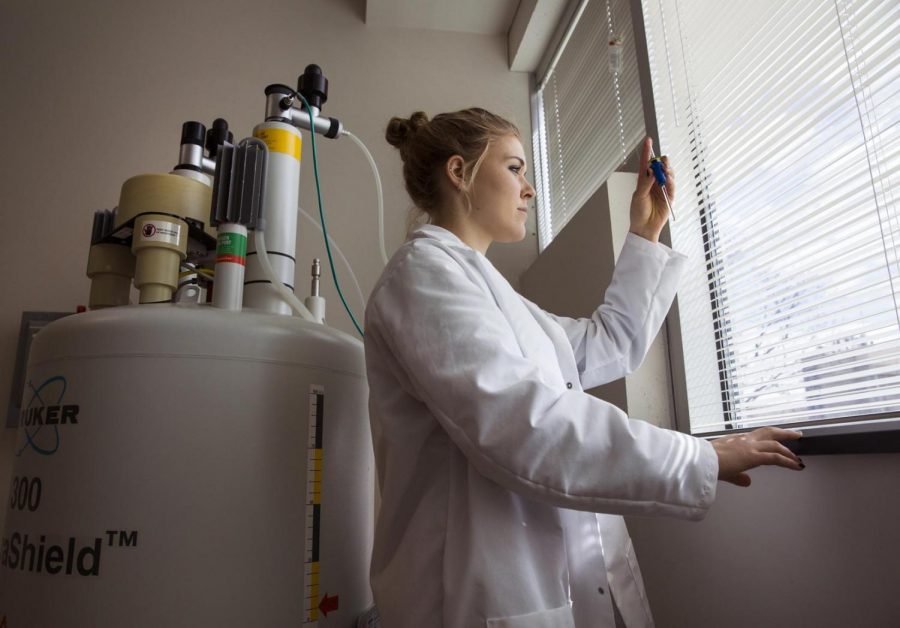 Over 130 students nationwide applied but only 24 were selected; Senior Chemistry Major Katherine Ceschi was one of them.

Ceschi was selected to attend a six week program during the summer at Brookhaven National Laboratory in Upton, New York on Long Island, where she will study nuclear chemistry.

Ceschi said she feels one thing that made her stand out during the application process was her upbringing in Wisconsin.

“I think it made me unique that I’m from such a small area. They want people from smaller towns to get that experience, maybe the next nuclear chemist is from ‘small town’, Wisconsin,” Ceschi said.

The Walworth native originally didn’t pursue chemistry. She enjoyed it in high school but declared herself a biology major when she first entered college at UW-Eau Claire.

But after she took chemistry courses there and transferred to UW-Whitewater in Fall 2016, she began to see a future in the study.

“Every course I took, I started to love,” Ceschi said.

Ceschi’s interest has turned out to be very beneficial for her achievements.

She won Inorganic Chemist of the Year for UW-Whitewater and a Chemical Technology Student Award from the American Chemical Society.

Professor Hephzibah Kumpaty has worked with Ceschi for two years and has seen her growth. Kumptay was the one to initially approach katherine about applying for the program.

“In the two years that I have known Katherine with her academic and research merit, I was confident she could compete and benefit from this fellowship,” Kumpaty said.

A $4,000 stipend will be given to Ceschi as a part of the course in two parts. $2,000 at the beginning of the course and $2,000 upon her successful completion of it. She will also be covered for travel, housing and tuition.

All of this is funded by the Office of Science of the U.S. Department of Energy, which runs the Brookhaven program.

When asked if it had set in yet, Ceschi feels it will kick in once she starts getting ready to leave.

“I think when I’m packing my stuff and when I leave on the flight, then it will really hit me,” said Ceschi.