Survivors and allies are “Taking Back the Night” 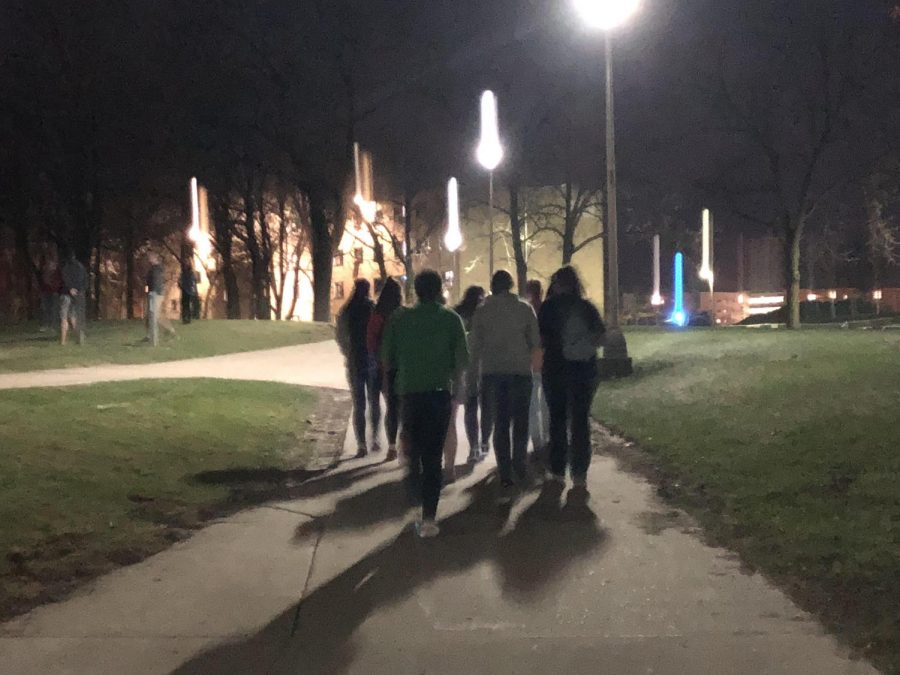 There is nothing more empowering than someone finding their voice through the support of many.

The event took place on April 26 at 7 p.m. and began in Esker 119 where those attending were given resources about where to get help if needed, and additional support and encouragement to share their story with others. After survivors were given the opportunity to share their stories, they were joined together by their allies and loved ones in a walk to Starin Park with flashlights.

“Our overall goal is to provide support and resources to survivors of sexual assault and interpersonal violence, as well as to their allies and loved ones who sometimes walk through that journey with them,” said CASIV President Joey Liberman.

Sarah Westphal, the vice president of CASIV, also added to the overall goal of the event saying, “And definitely to give the ability to have a voice because sometimes people who have been through this don’t feel like they have a voice. So being able to come here in a safe space and share their story or listen to other stories and know they’re not alone is really important.”

The idea of walking through campus in the dark actually comes with a symbolic meaning according to Liberman.

“The origins of Take Back the Night involve the idea that women can’t walk alone on the streets at night,” said Liberman. “Quite literally our goal is to take back the night by going on a march at night with lights.”

Take Back the Night is an internationally known event and first took place in October of 1975 in Philadelphia Pennsylvania said Westphal.

Although this is one of CASIV’s biggest events of the year, the organization works hard year round to promote awareness. The main goals of the organization are to raise awareness about sexaul assault and intimate partner violence, stalking and harassment. They also focus on educating students about healthy relationships.

Thursday, May 3 the organization is screening the film “I am Evidence” in Hyland at 7:30 p.m. The film focuses on investigating the thousands of rape kits that are left untested by the police. For more information contact CASIV at [email protected].

If anyone you know is struggling with sexual assault, Ambrose Health Center and Counseling offers free counseling and support groups for students during the academic year. To make an appointment or receive more information contact the health center at 472-1305. There is also a 24 hour crisis line you are able to call at (262) 472-1060.