Student will travel to Italy for competition 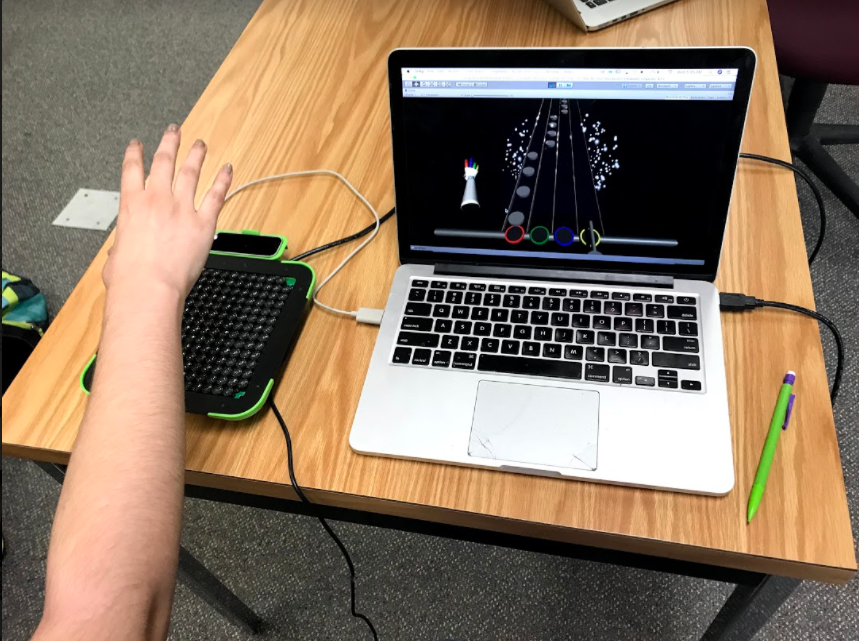 Computer Science Seniors Luke Lamberg and Nicole Nelson were the only North American team, and one of the five teams worldwide, selected for the ULTRAHAPTICS Student Challenge.

Lambert will travel to Pisa, Italy in June to present their proposal at the Eurohaptics 2018 conference.

“It’s kind of a strange feeling, we were in a state of disbelief for a while,” Lambert said.

Haptics is communication recreating touch using various types of sensors such as vibrations. Lamberg and Nelson found out about the competition through Professor Nick Hwang, who had them in class during a prior semester.

“When I first pitched it to them, I didn’t think they entirely believed we could take it to this distance,” Hwang said.

Once their proposal was selected, they were sent a development kit board from Ultrahaptics to make their proposal come to life. Their project is called Hands of Time, which focuses on orthopedic hand rehabilitation by measuring progress through a ‘Guitar Hero’ style game.

“The exercises that we chose are designed to increase mobility for grip because of hand injuries or limitations,” Nelson said.

Their project functions by calibrating the users hand and their range of finger mobility over the Ultrahaptics board. Each finger has a designated color, whenever a cue goes over one of the colors, the users must contract their finger downward. If they did it at the right time, they will receive a powerful soundwave upward that vibrates their finger. Nelson says the idea of making orthopedic repetition into a game helps its’ repetitive nature

“It’s a lot of repetition in the exercises to build back strength, we’re trying to make it more fun,” Nelson said.

Nelson and Lambert can calibrate the board to sense motion from users with varying degrees of finger mobility. Also they have the ability to track progress so the subject can see how much finger mobility they have gained in repeated calibrations.

If their team wins in Italy, Lamberg and Nelson will receive $1,000 and internships at the Ultrahaptics company over the summer.