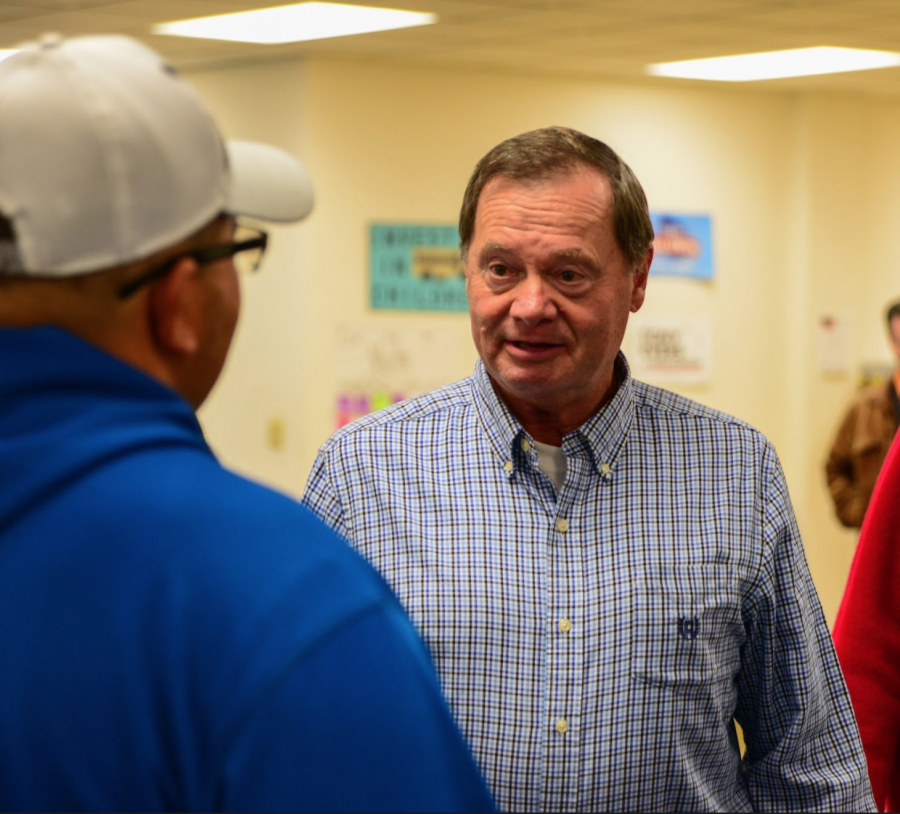 State Assembly Democratic Rep. Don Vruwink’s experience as a high school educator inspired him to pursue politics. That same inspiration brought him to Whitewater Oct. 17 to connect and speak with University of Wisconsin-Whitewater students and faculty.

As a former educator for the Milton School District and current university committee member, Vruwink’s support for education in the Whitewater area is deeply rooted.

“Having been a teacher for 42 years, 37 of them in Milton, I believe it’s extremely important for students to know what’s going on and to vote their values,” Vruwink said. “As an educator, I don’t believe that I should dictate what students believe in. I’m here to lay out the facts, give the statistics and let them take it from there.”

During the 2016 election, one of his former students saw the need for an impartial leader in politics. He encouraged Vruwink to run for office.

“They (former students) encouraged me to run and actually helped me with my campaign, which makes me feel extremely proud as their former teacher. What’s currently happening in government is going to affect individuals closer to their age than mine, so it’s very encouraging to see this level of student involvement” Vruwink said.

The UW-Whitewater College Democrats hosted the meet-and-greet event with Vruwink at the Whitewater Democratic Office.

“Our goal with this event as an organization was to energize students and faculty and better connect them with government officials and politics in general,” said Chair of UW-W College Democrats Megan Martin.

Martin was impressed with Vruwink’s focus on education.

“Vruwink being here today shows everyone the responsiveness and personal effort he makes to get in touch with students,” Martin said.

Students weren’t the only ones impressed with Vruwink’s remarks on education. Elena Levy-Navarro is chairwoman of the Department of Languages & Literatures. She was happy to come support Vruwink.

“Being here today revealed to me Vurwink’s authentic commitment to the future of education and the future of Whitewater,” Levy-Navarro said.

If elected, Vruwink hopes to refinance student loans so students can leave UW-W without owing so much upon graduation.

“I care about student loan debt. I think it’s a travesty that students have to pay higher interest rates than homeowners do,” Vruwink said.

“I do believe in the future of education and to see Vruwink come back to Whitewater to connect with students in a place where we are run on education is very inspiring,” Levy-Navarro said.

Voting for the general election begins at 7 a.m. Nov. 6. For more information on voter registration and polling locations, visit myvote.wi.gov.