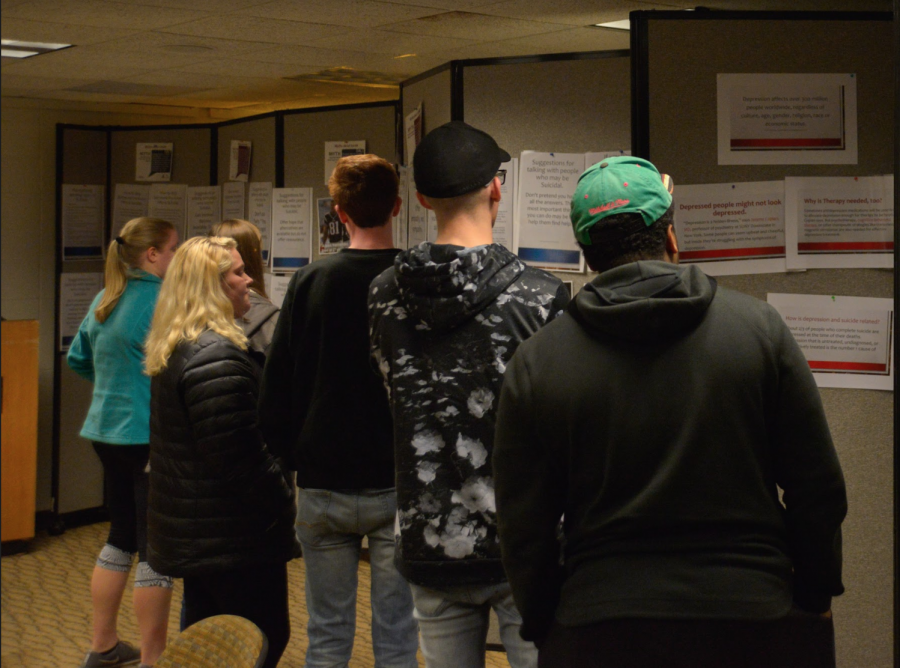 A haunting experience once again arrived on the UW-Whitewater campus in the wake of the Halloween season.

UW-W hosted its annual diversity experience called Boxes & Walls, which many have described as “enlightening” and “life-changing.”

Instead of the blood, guts and gore of a typical haunted house, Boxes & Walls featured scenes of diversity and oppression that many face every day and placed participants in their shoes.

“There are very few students with a true understanding of what some of our underrepresented students go through,” said Terry Tumbarello, associate director of University Housing. “This program allows that to happen.”

Where most people go to haunted houses to get scared by ghouls and demons, Boxes & Walls visitors were scared by the harsh reality that most minority groups are forced to deal with on a daily basis.

Over the years, Boxes & Walls has grabbed the attention of other college campuses across the country. This powerful and impactful diversity program is now being executed on more than 300 campuses nationwide.

The hour-long experience demonstrated the struggles of people with disabilities African-Americans, Latinos, the LGBTQ community and other minority groups.

The event lasted Sunday, Oct. 21 through Thursday, Oct. 25 in Esker Hall. The event was run by UW-W staff and around 200 to 300 volunteers that conducted tours every 15 minutes. Over 1,300 people participate in the Boxes & Walls diversity experience, each year.

Boxes & Walls started as a diversity training program for resident assistants at UW-W in 1998. The event was originally held every other year in February but due to the spooky, eye-opening experience of the program, it was moved to the fall and put on every year.

After many training sessions with resident assistants, the Boxes & Walls program was expanded to the student body due to popular demand by former participants and is now an experience that is open to UW-W students, staff and other campus community members.

The name of the event, Boxes & Walls, was developed to show the attempt to teach students how to knock down the walls and toss out the boxes that hold stereotypes. Ultimately, the name and the event itself are trying to get people to walk in the shoes of others to eliminate the disastrous stereotypes that litter the country, according to Tumbarello.

“This was an amazingly horrible experience,” said Drake England, UW-W student. “It was amazing because it was so inspirational, but horrible because so many groups of people are oppressed.”