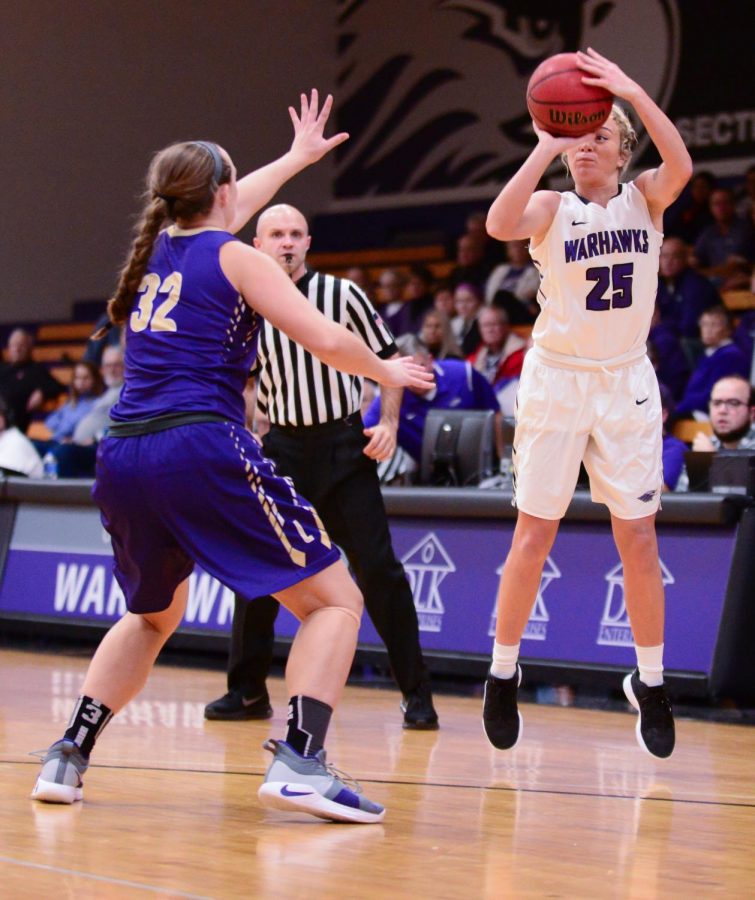 UW-W finished its 2017-18 season with a sweep in the WIAC regular season and tournament championships for the first time in program history, and earned its ninth bid in the last 10 years to the NCAA Division III National Championships

Under head coach Keri Carollo, the Warhawks have won five conference titles since 2007. They have also won two conference tournament titles in a row.

The Warhawks this season are favored to win their second straight WIAC regular season title according to a preseason poll from the league’s coaches and athletic communications personnel.

UW-W lost three seniors from last season after falling to Gustavus Adolphus College in the NCAA tournament Round of 32: guards Malia Smith and Brooke Trewyn, and forward Andrea Meinert.

But the loss in experience does not appear to change the team’s focus moving forward.

“We are very team oriented and it is a really fun way to play,” said junior forward Becky Raeder. “Our short-term goals are to win each individual game as they come, but long term we have our eyes set on a conference championship, a conference tournament championship and a NCAA tournament run.”

The Warhawks fell short against Loras with a score of 77-73 at their home season opener Nov. 12. Senior forward Olivia Freckmann led the team with 12 points, seven rebounds and two steals.

The Warhawks then traveled to Illinois Wesleyan Nov. 20, and earned a huge away victory, 78-73. Raeder came up clutch for the Warhawks, scoring a career-high 21 points on 7-of-10 shooting. Senior forward Sarah Schumacher contributed with 16 points on 6-of-11 shooting.

The win over Illinois Wesleyan was Whitewater’s sixth straight dating back to 2013.

“Our team has taken huge strides in the past few weeks in terms of establishing our individual roles and understanding team dynamics, which ultimately has transferred to more success on the court,” said Schumacher. “After losing three key seniors last year, a lot of players have been stepping up this season to fill those gaps that we lost. Our team chemistry on and off the court is super important and has also played a role in our success during games.”

The Warhawks next game will be on the road against Augustana College on Nov. 28.

It is still too early in the season to assume what is going to happen, but the Warhawks seem primed and ready for another successful campaign.