Warhawks move on to semifinal 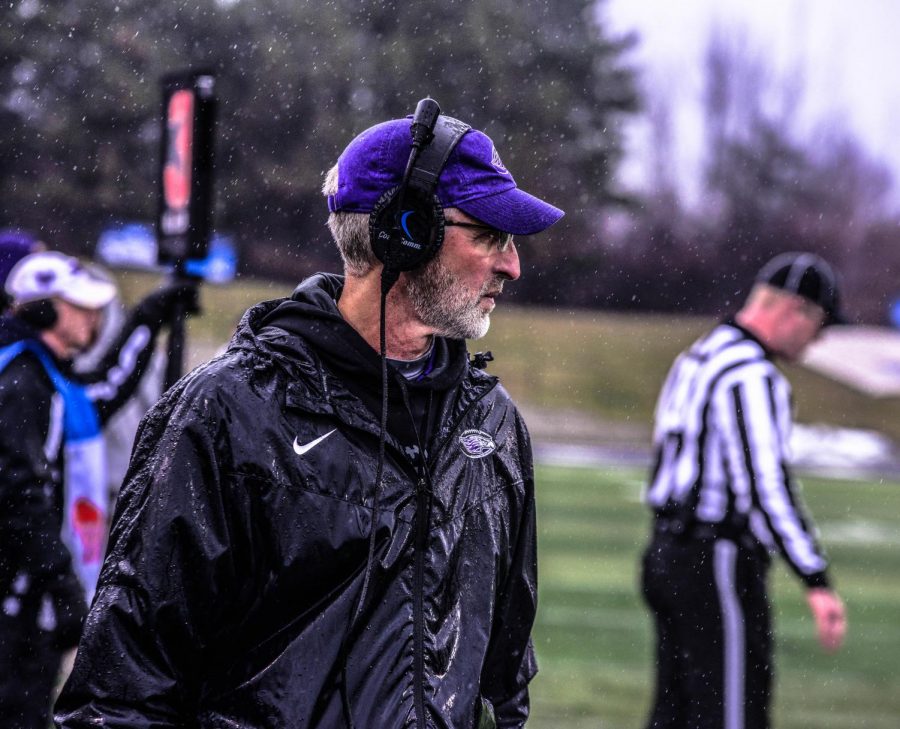 Five Whitewater turnovers helped the No. 5 Warhawk football team pull away from No. 11 Bethel University (Minn.), 26-12, in the national quarterfinal round Dec. 1 at Perkins Stadium.

The win sends the 13-0 Whitewater squad to a semifinal matchup at No. 2 University of Mary Hardin-Baylor (Texas) next Saturday. It is UW-W’s first semifinal berth since 2015.

Bethel held senior quarterback Cole Wilber to just one completion for eight yards, but it was Whitewater’s 230 rushing yards that also carried the team to victory.

UW-W forced four interceptions and one blocked punt recovery in the affair against the Royals.

“We needed those turnovers,” senior linebacker Bryce Leszczynski said. “We did a great job staying poised and playing to our level after those. We didn’t get complacent after getting turnovers, so that was good for us.”

Three of Whitewater’s five takeaways occurred in the first quarter, which gave the team an early 16-0 advantage at the end of the frame.

“I honestly just go fast getting past the guy,” Breunig said. “There’s nothing really to it. I just run off the edge and try to get to it.”

Sophomore defensive back Mark McGrath intercepted Royals quarterback Jaran Roste on a tipped pass on their very next drive, which eventually allowed junior running back Ronny Ponick to score a 5-yard touchdown run.

Roste threw another pick on Bethel’s next drive, this time to Breunig, and returned it to the Royals’ 27-yard line. Ponick took advantage of the takeaway by cutting to the right, breaking a tackle, and scampering to the end zone.

The Royals would turn it over on downs on their next drive after a -20-yard rushing loss, once again giving the Warhawks great field position at the Bethel 11 yard line.

Sophomore running back Alex Peete ran for all 11 yards, ultimately scoring from a yard out to give UW-W a 23-0 lead.

Bethel responded strongly throughout the rest of the second quarter because of two touchdown runs by Roste. The Royals missed the two-point conversion and extra point attempt on both scores, thus trimming Whitewater’s lead to 23-12 at the half.

The Royals had the momentum at their backs and were on the brink of scoring again midway through the third, but junior linebacker Matt Anderson intercepted Roste in the end zone.

“Playing with that type of confidence down there is the key,” Bullis said. “[Anderson] put himself in a position do it. You don’t do that without having the confidence in yourself and in your brothers to make sure everybody executes their job.”

The Warhawks would live up to their “Pound the Rock” mantra the rest of the way by running the ball well and trimming the clock to the point where Bethel could not function long enough.

In order to get back to the national championship game, the Warhawks will have to overcome the No. 1 total defense in the country on the road.

“I know [the Mary Hardin-Baylor Crusaders] are going to play fantastic defense,” Bullis said. “It’ll be a great challenge, but it will be a lot of fun.”