Warhawks’ journey comes to an end 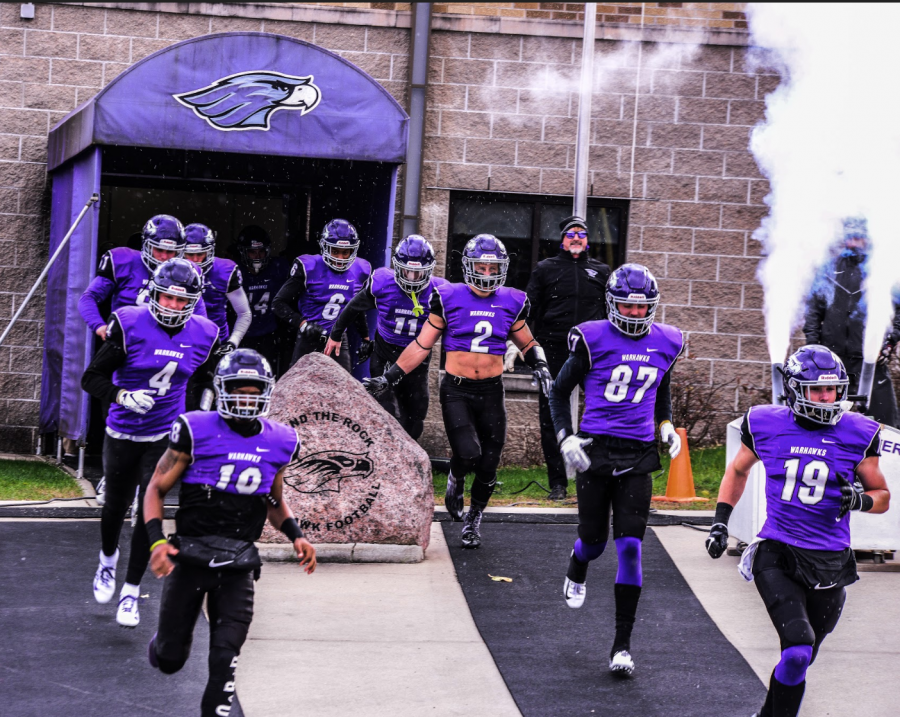 After an undefeated regular season and 36th WIAC championship, the No. 5 UW-Whitewater football team fell short of the Stagg Bowl in the NCAA DIII semifinal against No. 2 University of Mary Hardin-Baylor in Belton, Texas.

The Warhawks conclude their season with a 13-1 overall record.

UW-W has not appeared in the Stagg Bowl since 2014, which was former head coach Lance Leipold’s final game here.

Four Warhawk turnovers and stout Crusader defense diminished any hopes for Whitewater to go back to the national championship game.

Both squads traded punts in the first quarter before UMHB took over with 17 unanswered points in the second quarter.

The Warhawk defense could not stop the Crusader’s first scoring attack despite multiple chances to get off the field. The drive ended when quarterback De’Nerian Thomas front-flipped his way into the end zone.

Sophomore running back Alex Peete fumbled on Whitewater’s next drive, giving the ball right back to the Crusaders. They proceeded to score a field goal, making it a 10-0 lead.

UMHB wide receiver Aaron Sims towards the end of half returned a punt and ran it 90 yards the other way to the end zone to extend its lead to 17-0.

“I think a lot of times people assume that going into halftime we’re making, you know, 20 different adjustments and changes,” Bullis said. “We really didn’t. We just said we’re going to run our offense and execute better.”

Senior quarterback Cole Wilber put the Warhawks on the board on their first drive of the third on a 2-yard lob to senior tight end Bryce Bellefeuille.

The game would remain 17-7 until the Crusaders took advantage of a Wilber interception at the UW-W 38-yard line. Running back Markieth Miller ran for all 38 yards including the 10-yard touchdown run, giving UMHB a 24-7 cushion with less than 10 minutes to go.

“I think they did a great job being able to spread us out,” Leszczynski said. “Number 21 (Miller) is a really patient running back…When you face a running back that’s very patient like that, it’s hard to hold your gaps for a long period of time.”

The Warhawks answered with an 11 play, 75-yard drive that ended in a 1-yard touchdown run by junior running back Ronny Ponick. But with less than six minutes left, it was too late.

UMHB ran the ball right through the Whitewater defense on its next drive and milked enough of the clock to not allow the Warhawks to get any more scoring chances. Miller scored a 15-yard touchdown run to cap off the drive, giving the Crusaders a 31-14 lead.

Wilber on UW-W’s following drive threw his second interception to defensive back Jefferson Fritz, essentially giving the Crusaders the victory.

“How our offense has been the whole season is the run sets up for the pass, and the pass sets up for the run,” Wilber said. “You got to tip your hat off to Mary Hardin-Baylor. They defended the ball really well.”

Despite falling short of the national title game, Bullis noted that winning six straight conference games to end last season “picked us up.”

“I can’t explain my appreciation for them (the seniors) and what they’ve done,” Bullis said. “We are back on the scene.”