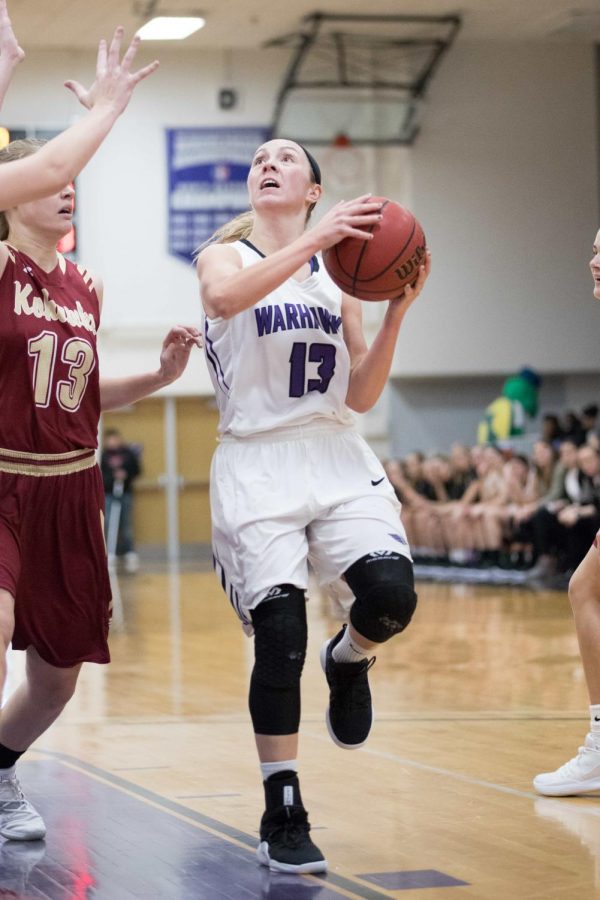 The No. 22 women’s basketball team fell short to Coe College (Iowa) in a non-conference matchup at Kachel Gymnasium Dec. 8 with a score of 68-63.

The Warhawks’ overall record now is 4-3. They were held to a 39.4 shooting percentage throughout the game but held a 35-28 rebounding advantage, which helped with some of the close margined leads in each quarter.

The Kohawks, now 5-2 on the season thus far, held an 18-17 lead through one quarter after a 50 percent shooting average from the floor.

The Warhawks were led by sophomore guard Emily Schumacher with a team-high 17 points and three rebounds.

“Our main goal was to start off strong to get an early lead,” said Schumacher. “We need to keep making more of our shots, along with working together and being more disciplined on the defensive end.”

“For the game, we were more focused on what we do, and how we execute than we were about Coe,” said senior center Becky Deichl. “There are times on defense where we don’t communicate screens for match ups, and we really need to clean that up if we’re going to be successful moving forward.”

Most of the game was back and forth play, but Coe extended its lead to seven by the 8:11 mark in the fourth quarter.

After the Kohawks extended their lead, Freckmann brought the team to within two points on a layup before Coe came back and responded at the other end with a 3-pointer.

The Warhawks could not get close enough to Coe before the clock ran out.

“We hit some stretches that kept us going with the flow of the game to getting really solid and the rhythm was good, but there were too many defensive breakdowns that killed us and not keeping the momentum going,” said head coach Keri Corollo. “There is a lot of things that we have talked about in practice that have not transitioned yet into a game situation.”

The Warhawks will continue their non-conference play on the road to the Milwaukee School of Engineering Dec. 11 at 7 p.m. in Milwaukee.