Brooms for the men’s hoops team 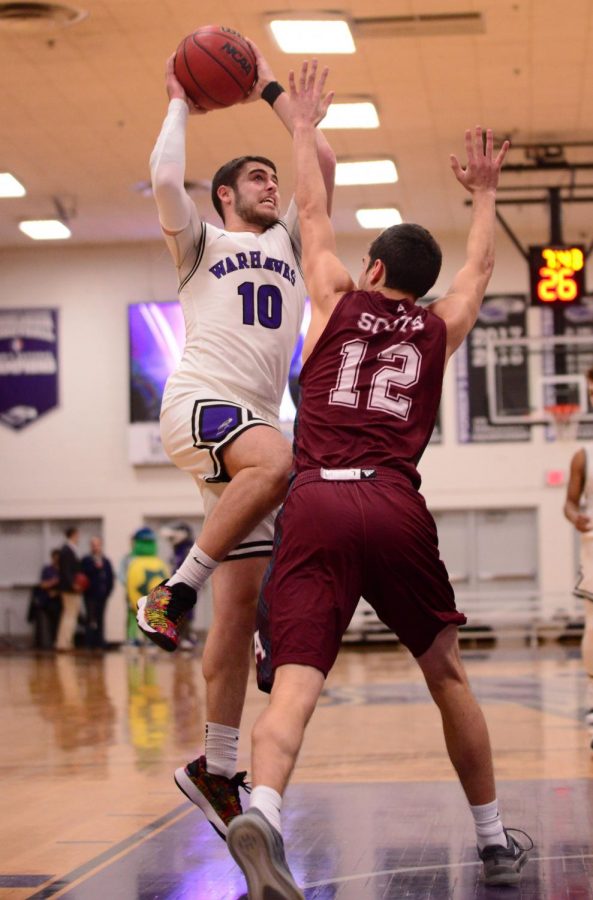 Despite just 23 percent shooting behind the arc against Calvin, the Warhawks managed to escape with a five-point victory, 68-63.

The Warhawks also made 19 free throws compared to the Knights’ 12.

Whitewater the next day survived a scare from Alma in a game that took overtime to decide a winner. But in the end, the Warhawks took the content, 101-97.

Although Alma came into the game with a record of 0-6, head coach Pat Miller knew Alma was better than what their record stated.

“They’ve played an amazing schedule,” Miller said. “All ranked teams and one Division II team so I knew they were very capable.”

Due to Alma’s hot shooting, the Warhawks went into halftime trailing by one. The Scots shot over 50 percent from the field and made ten 3-pointers in the first half.

“That was one of the best teams that I’ve ever played with as far as ball movement,” senior guard Malik Clements said.

“We tried to steer them into the middle of the floor, tried to contain them that way and that was ineffective, and we even thought about playing zone,” Miller said. “What we finally did was back up our man-to-man to the 3-point line and tried to take away some of their penetration.”

Despite getting a technical, Brown Jr. made two free throws with eight seconds left to force the game into overtime.

“It’s hard to keep your composure, but you can’t let the defense see that it’s getting to you,” Brown Jr. said. “You just got to man up and move to the next play.”

In overtime, the Scots took the lead, but the Warhawks scored six straight points to pull away for the victory. A steal and layup by senior guard Derek Rongstad with 1:06 left gave the Warhawks enough of a cushion to win it.

Brown Jr. finished the game with a team-high 29 points and eight rebounds. Although the Scots shot well from outside, the Warhawks won the battle in the paint, scoring 52 to Alma’s 26 points.

“Credit our guys,” Clements said.  “We played a hell of a game and we fought really, really hard down to the wire.”