From Division III to the 53 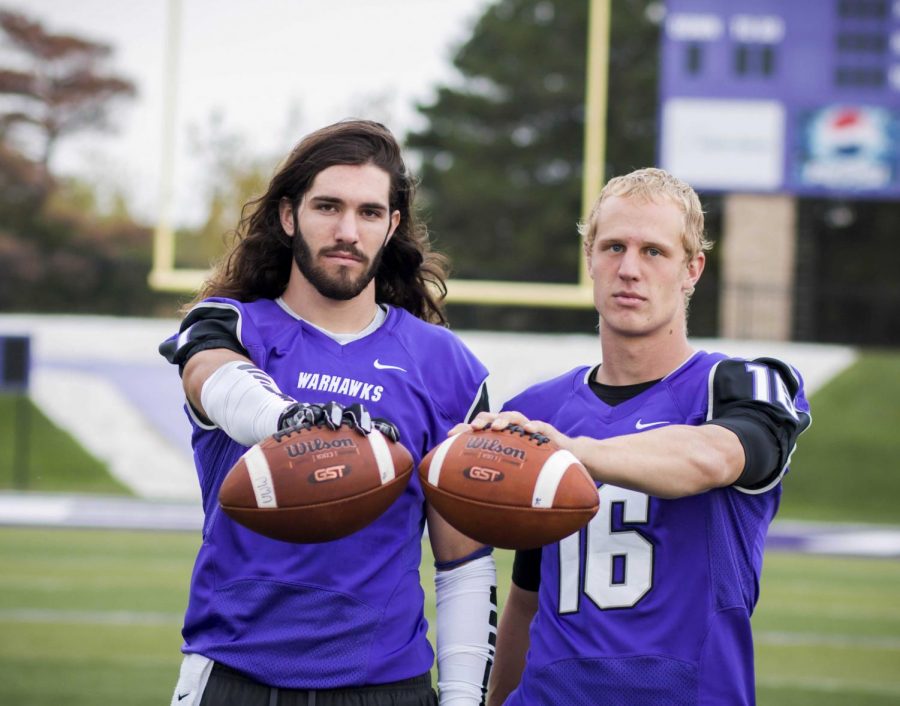 Growing up in a football family, Kumerow realized playing football was his dream since day one.

“I grew up looking up to my dad having played ball for a long time,” Kumerow said. “I wanted to do what he did. He coached me along the way, and I loved it ever since I was a kid.”

He then attended the University of Illinois as a walk-on redshirt freshman, but did not make a huge impact. His biggest game was against the University of Minnesota in 2011, where he caught three passes for just 15 yards.

As a sophomore, Kumerow caught 15 passes for 201 yards and three touchdowns, while also leading the team in yards per catch with 13.4.

UW-W head coach Kevin Bullis, who was an assistant for former head coach Lance Leipold at the time, was impressed with Kumerow’s first season with the Warhawks.

“We were terribly excited about him,” Bullis said. “We knew he had some great speed. To me, the thing that ultimately happened from his sophomore to his junior year was a greater sense of discipline in all routes.”

His contributions to the Warhawks in his junior and senior seasons were factors why UW-W won back-to-back national championships. Kumerow set single-season program records in his junior year with 1,331 receiving yards and 19 touchdowns.

“It would have been significantly tougher for us to accomplish those things [without Kumerow],” Bullis said. “His impact on the team was significant…[Tyler] Huber and [Justin] Howard were very good threats, and so they all really complemented each other and that’s ultimately the thing that allowed us to have that success with our pass game in those years.”

Kumerow eventually signed his first NFL contract with the Cincinnati Bengals as an undrafted free agent in 2015.

“Producing so much over at Whitewater definitely gave me a lot of confidence going into NFL camp,” Kumerow said. “Having a great quarterback [Matt Behrendt] helped me a lot, and a great coaching staff.”

Kumerow’s NFL career, however, didn’t have the smoothest of beginnings. He had a lot of practice squad stints with the Bengals and New England Patriots, but also endured a variety of injuries that plagued him from making the main roster for any team.

“I just knew that sometimes, you got to be patient,” Kumerow said. “Things happen for a reason, and sometimes you got to change the team, sometimes you get hurt…I just tried to keep my cool and stay with it until my time came.”

The team that give him a chance: the Packers.

Kumerow was signed to Green Bay’s practice squad late in the 2017 season. Not too long after, he signed a reserve/future contract.

Things were only just beginning.

“I knew this was probably his best opportunity,” Bullis said. “He put himself in a position to be successful because of that sense of professionalism that he had with the Packers…Jake is a great student of the game. That is ultimately his greatest strength.”

Once the 2018 NFL season hit, it did not take long for Kumerow to make impressions that he belonged on the Packers’ 53-man roster.

In the first preseason game against the Tennessee Titans at Lambeau Field, Kumerow hauled in a 52-yard touchdown pass.

A week later against the Pittsburgh Steelers, the 6’4” wideout produced an 82-yard catch-and-run touchdown from backup quarterback DeShone Kizer.

Packers’ superstar quarterback Aaron Rodgers even praised Kumerow publicly, saying he is “in the right spot all the time” and that “he practices like a pro.”

“It gave me a lot of motivation,” Kumerow said. “Knowing he [Rodgers] had his eye on me definitely made me work a lot harder…Trying to get on the same page with him is a good thing.”

However, Kumerow injured his shoulder after landing in the end zone against the Steelers that required him to be placed on the injured reserve/designated to return list.

Kumerow’s spot on the main roster took longer than expected, but on Dec. 1, he was activated to the 53-man roster on the same day the Warhawks won their quarterfinal playoff matchup against Bethel University [Minn.].

He made his NFL regular season debut the next afternoon.

“There was a lot going through my mind, especially the first game,” Kumerow said. “I was excited and nervous and wanted to make sure I knew my assignments…As the rest of the game gone on, I got a little more comfortable.”

Kumerow ended up catching one pass for 11 yards in his debut.

But his impact did not stop there. Three weeks later against the New York Jets, Kumerow caught a 49-yard touchdown pass to put the Packers on the board. Green Bay went on to win in overtime, 44-38.

“It’s fast when you play with him [Rodgers],” Kumerow said. “He does a lot of things quickly that you got to respond to and just play. He’s a great leader out there…It’s really cool.”

Kumerow ended the season with eight catches for 103 yards and the one touchdown.

Now with a full regular season under his belt, Kumerow understands the challenges that lie ahead of him.

“I got to make sure I stay progressing,” Kumerow said. “Definitely just staying healthy and trying to be at the top of my game.”

His journey to the Packers’ main roster was not easy, and for a lot of Division III football players, is only just a dream for them to achieve.

“A lot of our players turn down Division II scholarships,” Bullis said. “They see the greater good of what we’re about…He [Kumerow] is a great indicator of having a passion for your game, and that’s what all of our kids do is that they have a love for the game.”

But Kumerow was one of the few who turned his dream into a reality, and is humble for what this journey has brought to him.

“It’s a lot of fun,” Kumerow said. “You meet a lot of good people and you play a lot of good football. You win some, lose some. And overall it’s just a great learning experience.”

Even in his current state of his career, Kumerow remains grateful of the opportunity Whitewater brought him to the player he is today.