Ice fishing from all angles 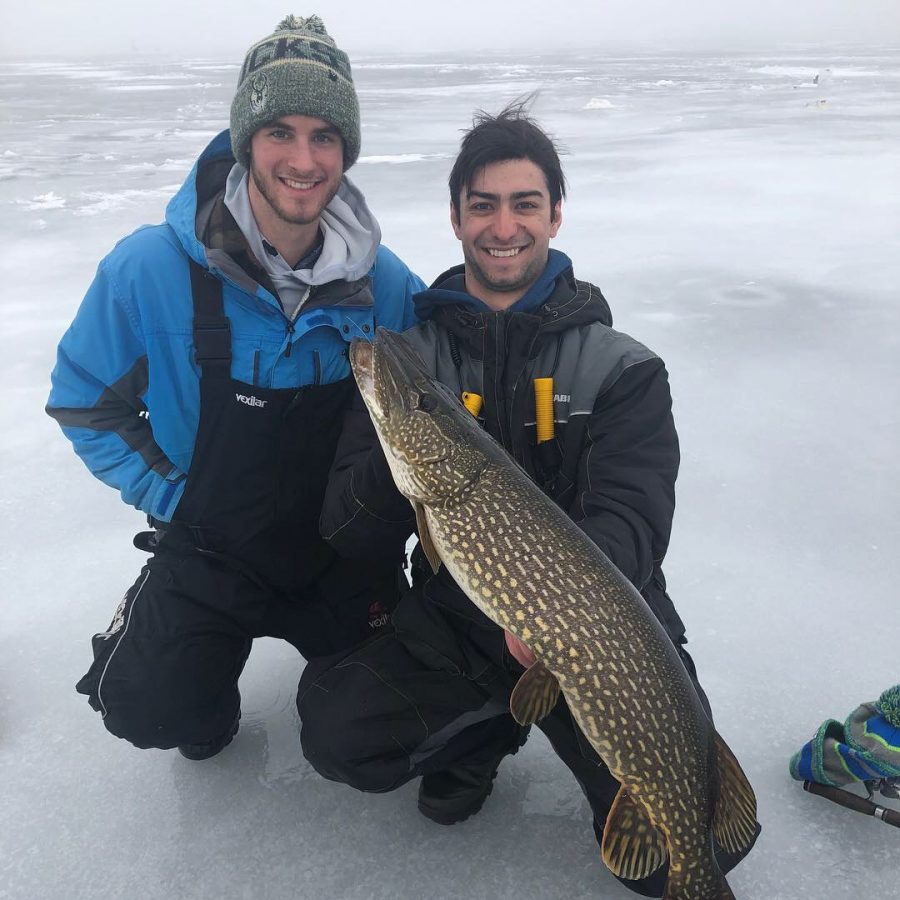 The Whitewater Fishing Club will be hosting the annual Ice Fishing Jamboree Fundraiser Saturday, Feb. 16 on Lake Beulah. The event will consist of an ice fishing tournament and raffles.

The competition will be held out of Double D’s Pub & Eatery in Mukwonago, with registrations beginning at 6 a.m. and the tournament at 7 a.m.

“You don’t even have to know anything about fishing. You can still come and join. Anybody can do it,” said Mitchell VanErt.

VanErt is the president of the fishing club. The club competes in tournaments mostly during the spring and fall and primarily targets bass, but that does not stop its members from going ice fishing independently from competition during the cold winter months.

Ross Phelps, a member of the club, said he has been out on the ice since November. He said he tries to go out there whenever he has free time. Sometimes he goes ice fishing at least four days a week.

“You have to make time for your best hobbies,” said Phelps.

For ice fishing, Phelps said you just have to know where you are going, and he prefers fishing out on the Madison chain lakes such as Lake Waubesa, Lake Kegonsa and Lake Monona.

Anyone without experience should take advice when cutting or walking on ice, VanErt said. He explained that the ice be a minimum of three inches thick before anybody should attempts to walk on it.

VanErt concentrates on catching fish such as bluegill and perch while ice fishing and explained that people can have different ice-fishing preferences.

He often cuts between 20 and 100 holes before even dropping a line in the water. He uses a fish finding sonar device to locate shoals of fish in the water.

“I enjoy doing that aspect because it’s more hands on, I’m always moving and it’s just what I prefer to do,” VanErt said. “I put a lot of time into searching for fish and just trying to get on good bites and patterns. So when I do get on a good bite it’s really fun.”

Vice president of the fishing club, Louis Dazzo, does a lot of ice fishing with VanErt as well despite having a different fishing method.

He enjoys targeting fish such as northern pike and brown trout. Just last week the pair went ice fishing at the Madison chain lakes and caught a large northern pike.

Dazzo is an entrepreneur and has a fishing guide business called “Louie’s Get Hooked Guide Service,” where he encourages people of all skill levels to go out, fish and experience some of Wisconsin’s finest lakes.

“We have some world class fishing in Wisconsin, and everyone should try it, especially ice fishing. It’s a new adventure and you can catch trophy fish anytime,” said Dazzo.

Phelps said that they are always looking to have more students join the ice fishing club no matter their skill level. He said the club is a great place to start learning for anyone who wishes to do so.

“We get to help each other learn more about how to be a better angler on the team. We learn better fishing techniques, what to look for in a lake. As far as ice fishing goes, migration patterns to find where the fish are during winter,” Phelps said. “We are not one of those cliquey clubs that you have to join with a couple friends. We are very accepting, and we’ll take you fishing.”

The fishing club has a meeting every first Monday of the month at 9 p.m. In the Williams Center room 183. For more information on the fishing club students can also visit uww.edu/recsports.