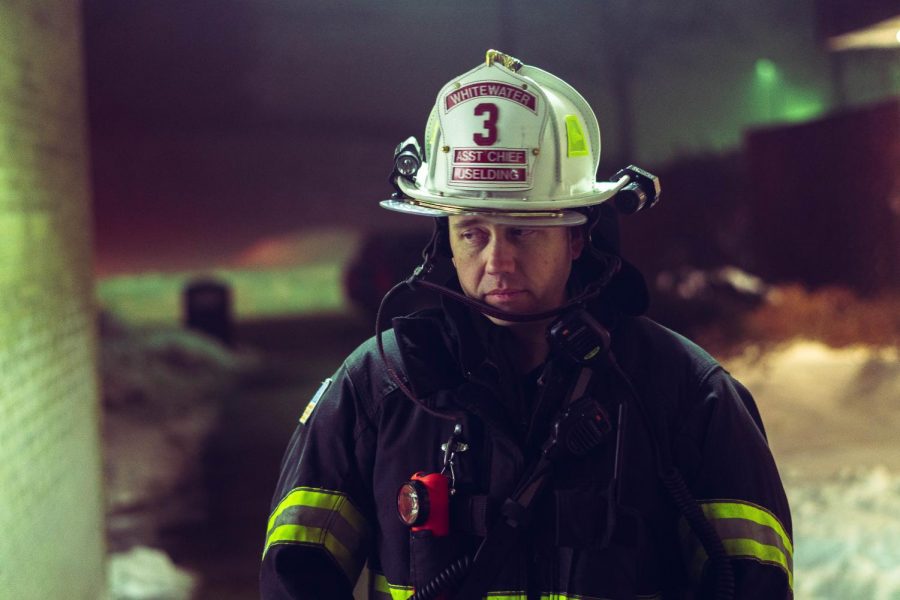 Wells East and West halls were evacuated on Saturday, Feb. 2 due to a sprinkler head being activated in Wells East.

Whitewater Fire Department was dispatched due to a fire alarm being triggered in Wells East, which was accompanied by heavy water flow.

“In instances like this we don’t know if it’s a fire and a sprinkler that’s been activated or somebody bumped it so we responded accordingly,” said Assistant Chief Joe Uselding. “It appears to be either weather related or damage.”

When first responders arrived on scene they found crews found no evidence of fire. A sprinkler head was activated in a staircase between the first and second floors of Wells East, causing the evacuation.

According to Uselding, crews remained on scene for over an hour to ensure the safety of the building and drain excess water allowing repairs to be made.

Due to to the frigid temperatures that swept that state last week, keeping students warm and safe was a main goal of resident assistant in both Wells East and West.

“The RA’s were walking around trying to find places for people to sit or stay warm, because we had been outside for 30 minutes,” said Freshmen Taylor Carini, a Wells West resident. “They finally decide to let everyone into Wellers’ (hall) basement and lounges.”

Students were allowed back into both building approximately an hour after fire crews arrived and assessed the situation.